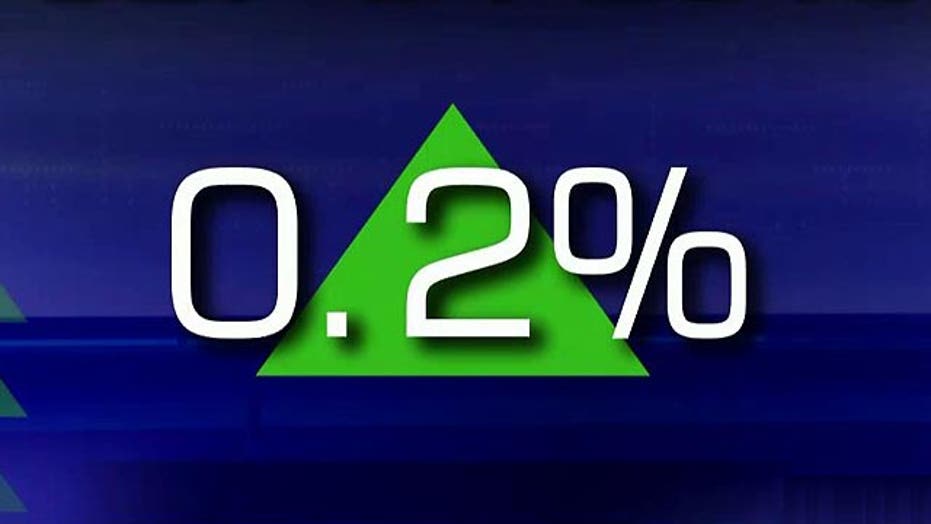 This is a rush transcript from "Special Report," April 29, 2015. This copy may not be in its final form and may be updated.

BRET BAIER, ANCHOR: GDP numbers, disappointing news across the board. They came out today, this projection of 0.2 percent. It is something that was not expected to be, that. As you take a look at the gross domestic product from 2013, each quarter going forward, and there you see 2014 down 2.1 percent. A recovery, and then this. As you take a look also at this chart, this is the recovery after Ronald Reagan GDP by quarter and where we see the President Obama after recession recovery. And the comparison -- contrast between the two. We're back with the panel. George?

GEORGE WILL, SYNDICATED COLUMNIST: Well, if we had had a normal recovery, just not the Reagan recovery, a normal recovery, the economy today would be almost $2 trillion bigger than it actually is. If you would ask economists is it even possible to have two tenths of one percent growth in an era of cheap energy prices, I'd say, you can't -- that's a perverse achievement you couldn't possibly get to. The question is, is it a mere coincidence that we've had an unusually fast growth of government and an unusually slow recovery, and some of us think it's not a coincidence.

BAIER: Yeah -- Jason Fuhrman at the White House says the report which was likely affected by notably harsh winter weather in the first quarter reflects a slowdown in personal consumption as well as declines in fixed investment and net exports as U.S. exports continue to be restrained by the global growth slowdown.

LAURA INGRAHAM, RADIO TALK SHOW HOST: It's interesting in the aftermath of Baltimore a lot of liberals have been stating and restating that the post-recession recovery hasn't really touched so much of America. The working poor, middle class haven't seen it. And since 2000, for most Americans, the economy has been lousy. Their wages haven't gone up. Median wages haven't gone up and GDP clearly is just stuck. It's not going anywhere.

So, this hasn't worked. So people have to admit at some point yeah, rich people are doing really well, they are doing fine. But it hasn't worked. Now that oil is kind of stalled out, that's really hurting the economy without a doubt. That's having an effect. But last quarter, remember the first quarter of GDP was also low and then the GDP began to pick up a little bit. So maybe we will see that happen again.

But we have global slowdown, China, Europe, the United States, and I don't think a lot of the experts know what the heck to do. Interest rates are zero. I don't know they're going to do next.

BAIER: Yeah, the Fed and what they're signaling is pretty interesting to watch.

RON FOURNIER, SENIOR POLITICAL COLUMNIST, NATIONAL JOURNAL: Yeah, you can also find some polling that shows the American public is feeling better about the economy. They think it's going to get better. I think those polls are about as unreliable as -- and as soft and shallow as the economic forecast. You're exactly right. People just aren't feeling good about the economy.

You look at the numbers. Our rate of growth under Obama has been 1.8 percent, which about as half as the growth of the last 70 years. I wouldn't personally put all that on this president or on Democratic policies, but the voters are going to be looking for two things this next election -- change and an economy that will be better for their children than it has been for them. Both of those things politically are going to cut against Democrats.

BAIER: We saw Hillary Clinton come out and say small businesses are taking it on the chin, and the White House had to respond to that. This is going to be a tough thing for the Clinton campaign to deal with, isn't it?

FOURNIER: Yes. I think actually both parties are going to have to come up with new fresh ideas, recognize the facts that wages haven't increased, that we have this new economy that's leaving a lot of people behind. We can't have Republicans on one hand talking about growth is the savior and we can't have Democrats saying raise the minimum wage and that is going to be the savior of all things. We need to have different prescriptions for a different time.

WILL: Watch Hillary Clinton on the subject of trade. Her husband's greatest achievement was NAFTA, which he got only because he had the support of a majority of Republicans. It's been well-said that when the Chinese get up every morning and go to work, America gets a raise because cheap goods come into the country. The Chamber of Commerce estimates that there are $10,000 from the average families purchasing power increased by trade.

BAIER: That's it for the panel. But stay tuned for a look what you missed during "Special Report" Online last week.