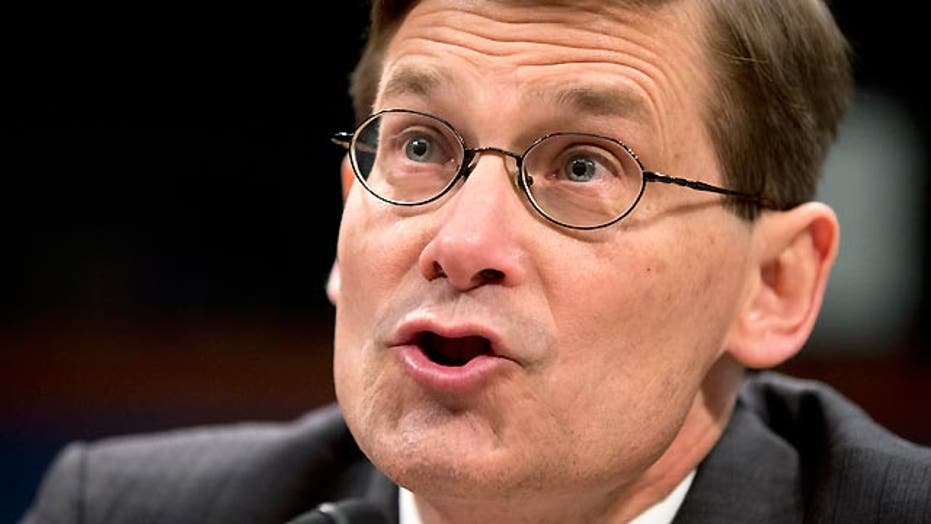 Did CIA miss the comeback of Al Qaeda?

This is a rush transcript from "Special Report," May 4, 2015. This copy may not be in its final form and may be updated.

PRESIDENT BARACK OBAMA: There is no straight line to progress, and hardship always accompanies a season of hope. But the United States of America was founded on the belief that people should govern themselves. And now we cannot hesitate to stand squarely on the side of those who are reaching for their rights, knowing that their success will bring about a world that is more peaceful, more stable, and more just.

BRET BAIER, ANCHOR: President Obama around the time of the so-called Arab Spring. In a new book the former head of the CIA Mike Morell talks about this time and talks about the CIA, and this is what he writes according to the Washington Post, "We thought and told policymakers that this outburst of popular revolt would damage Al Qaeda by undermining the group's narrative. Instead, the Arab Spring was a boon to Islamic extremists across the Middle East and North Africa...From a counterterrorism perspective, the Arab Spring had turned to winter."

We're back with the panel. Steve?

STEVE HAYES, SENIOR WRITER, THE WEEKLY STANDARD: Well, it's an interesting footnote and, you know, kudos to Mike Morell for sort of correcting the record or reading back on it. But it's disingenuous. We don't know what he says in the entire book, right? We just know what we know from the Washington Post article and the New York Times article. But it's disingenuous if in the book he suggests that nobody was making that warning. You had other intelligence agencies. You had folks at the Pentagon. You had folks at the defense intelligence agency. You interviewed Mike Flynn about this, who were not only saying look we think there are potentially secondary and tertiary consequences of the Arab Spring that could end up helping Al Qaeda. You had outside experts including Tom Joscelyn who is often on this network saying exactly that.

You had plenty of people making the argument that the Arab Spring if not managed properly could in fact be a boon to Al Qaeda. I had one Defense Intelligence Agency analyst tell me they were quieted when they made those claims because it didn't fit the narrative of the administration. That's quite a charge. We have now heard it from many people. So it will be interesting to see if Morell acknowledges that other agencies were saying what his agency was not.

MARA LIASSON, NATIONAL PUBLIC RADIO: You mean the narrative that Al Qaeda was on the run and decimated? The interesting thing about this, and it makes a lot of sense, when you take the lid off and get rid of dictators, what rushes into the vacuum since there are no democratic parties or little "d" democratic institutions are extremists, and that's what happened. I guess the question is, what would the United States have done differently? How could they have managed the Arab Spring differently? Certainly, we wouldn't have come in and tried to hang on with every dictator with the skin of our teeth.

BAIER: But by turning the back on Mubarak at fast as perhaps the U.S. did, not only changed the dynamic there but changed the relationship arguably in a lot of Gulf nations.

LIASSON: Right, right. And I would say that the whole -- the Arab Spring has been a tragedy pretty much for the United States interests in the region and what it led to.

CHARLES KRAUTHAMMER, SYNDICATED COLUMNIST: I think that our problem is not that we didn't predict correctly. It was hard to predict. There was no way you would know that in Tunisia it might succeed but not elsewhere. The real problem is what we did when it became clear that the Arab Spring had failed.

In Egypt, the mistake was not in the end moving away from a dictator who couldn't hang on anyway, it wouldn't have done any good, but embracing the Muslim Brotherhood after they won essentially a plebiscite and began destroying democracy. So we ended up with everybody hating us in Egypt, the Brotherhood and, of course, the establishment.

And look at Syria. That was a place where we don't know. We might not have had a successful Arab Spring if we had done something at the point where there was a genuine democratic rebellion and a regime teetering. We did nothing, and in the vacuum entered Iran, entered Russia, and entered Hezbollah. And they control Syria today. That was not inevitable. That was a failure of policy. It was not lack of prediction. It was a lack of action when the truth and the history of the events became obvious and we did nothing.

BAIER: One thing Catherine touched on and the book touches on. I don't know -- we don't want to go into how much, but the talking points, and you covered this a lot, Steve.

HAYES: Yeah, it'll be very interesting to see what Morell says in the broader book about his role in the talking points, because...

BAIER: This is the Benghazi...

HAYES: ...the Benghazi talking points, because it was fairly clear at the time that he was not honest, that he misled members of Congress, and he did so repeatedly. And this is not me saying this. This is not idle speculation. It sounds like from the New York Times review that Morell tries to spin this as some grand conspiracy theory. There are five U.S. senators who said on the record that Mike Morell misled them about Benghazi. That is not a small thing to have to answer for.

BAIER: We will cover that coming up. That's it for the panel. But stay tune for a budding journalist with zero patience for long-winded politicians.