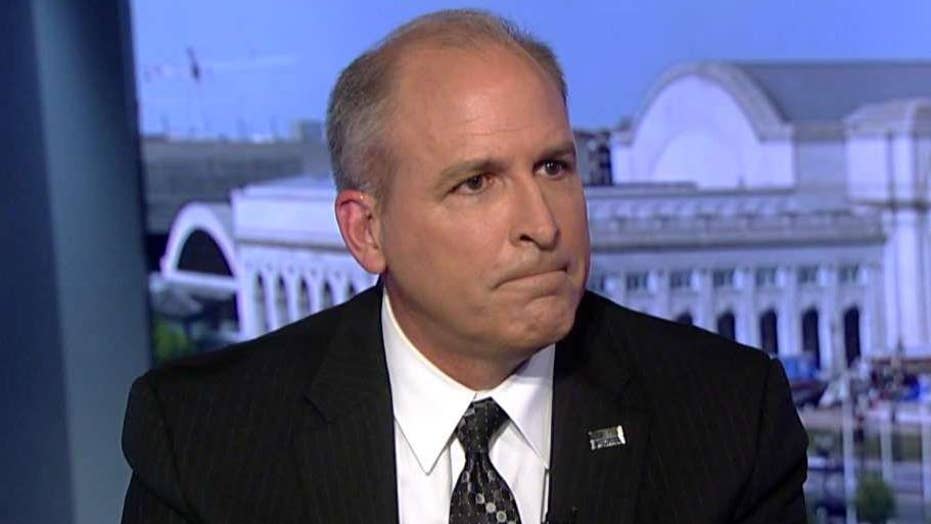 This is a rush transcript from "Special Report with Bret Baier," June 24, 2019. This copy may not be in its final form and may be updated.

BRET BAIER, ANCHOR: Let's get the inside story now on immigration and border security. Mark Morgan is acting director of Immigrations and Customs Enforcement or ICE. Mr. Director -- thanks for being here.

BAIER: First of all, on the story Dan just did, how big of a deal is that if local officials don't help federal officers?

The majority of individuals that ICE apprehends and arrest are criminals. Criminal aliens in those very cities that now are swearing that they're not going to work with us.

Who loses at the end of that. The citizens of that city that's who loses. It's unconscionable --

BAIER: Is it more dangerous?

MORGAN: It's -- the tone as you said -- absolutely more dangerous.

Here's the House Speaker on her call with the President.

SPEAKER OF THE HOUSE NANCY PELOSI, D-CALIF.: When I saw that the president was going to have a raid. It's so appalling it's outside the circle of civilized human behavior. And just to be kicking down doors, splitting up families and the rest of that, in addition to the injustices that are happening at the border.

BAIER: Your reaction to that, sir.

MORGAN: So to me it's unconscionable and this is a false narrative. Again, the majority of people we arrest are criminal aliens who have committed additional crimes against American citizens.

And individual going after -- we talk about families, these are families that have had due process. They've had lawyers, they've had interpreters. And they were given a final order of removal by a judge. We sent many of them letters saying hey, you got 30 days. Get your papers in order and come. These are individuals who have due process and then ordered removed.

We're not ripping up families. We're enforcing the rule of law, maintaining integrity of the system. It's unconscionable what's being said. It's just not true.

BAIER: So is he serious with two weeks? I mean do you have a plan that it kicks in on a certain date?

MORGAN: So I hope he can respect it as law enforcement officer, I'm not going to give any details. We've kind of experienced that and it's challenging. If we give details we're really risking the lives of the agents and officers involved.

BAIER: The President is tweeting about it. He's giving you a time line.

MORGAN: Giving a general date is not the issue. It's still up to us when we're going to do it. But we're ready to go.

BAIER: What about the conditions in these facilities? Here is presidential candidate Julian Castro.

DEMOCRATIC PRESIDENTIAL CANDIDATE JULIAN CASTRO: If a parent treated a child the way that our government is treating these children, that parent could have that child taken away from them by Child Protective Services.

In what other context do we accept terrible treatment of children of not letting them take a bath, not giving them something as simple as soap or toothbrush or a bed to sleep on. Making them sleep on a cold concrete floor with lights that are on all the time. That's what they do in countries that torture people.

BAIER: So what is really happening there and how are we letting that happen?

We're actually begging Congress to pass the supplement so HHS can get more funding for more additional bed space for children. We're agreeing. We want to get them out of these facilities. The facilities are completely overcrowded.

We're agreeing. We need to get the kids out of here. Congress has been sitting on their hands for weeks not passing the supplemental.

BAIER: Well, we see today -- they are moving this. It's the rules committees, the House Appropriations Committee chair Nina Lowy (ph) saying it seem so be moving forward the to $4.5 billion. But you're also concerned about the asylum laws. Are you optimistic that this congress is going to deal with that?

MORGAN: No, unfortunately, I'm not. I've talked to many people on the hill who have told me that they don't see that Congress is going to pass any meaningful legislation to fix this issue.

And as an American citizen, not just the head of ICE, that's disheartening. We have told them. If they fix the Flores settlement agreement TVPRA, a couple of those small things, this crises, Bret, could end. But they refuse to do their job to end this crisis and protect American people.

BAIER: Is Mexico doing a better job on the southern side?

MORGAN: Absolutely. They are.

BAIER: And it's quantitative?

MORGAN: Yes, sir. But they are absolutely doing better. We're sending people back at numbers higher than we ever have before. We'll continue to work with them. We'll continue to expand that. So far Mexico is saying doing what they said they were going to do.

BAIER: If Congress gives you the supplemental, if -- and even if they don't change the asylum laws are we looking at this problem exponentially down the road?

MORGAN: That's the question. If Mexico continues to do what they are going to do, we get the supplement and then we're allowed to ramp up interior enforcement to send a message that if you come here with a family and you receive due process and order removed, you're going to be removed.

If we do that the numbers will go down.

BAIER: Director Mark Morgan, thanks so much.