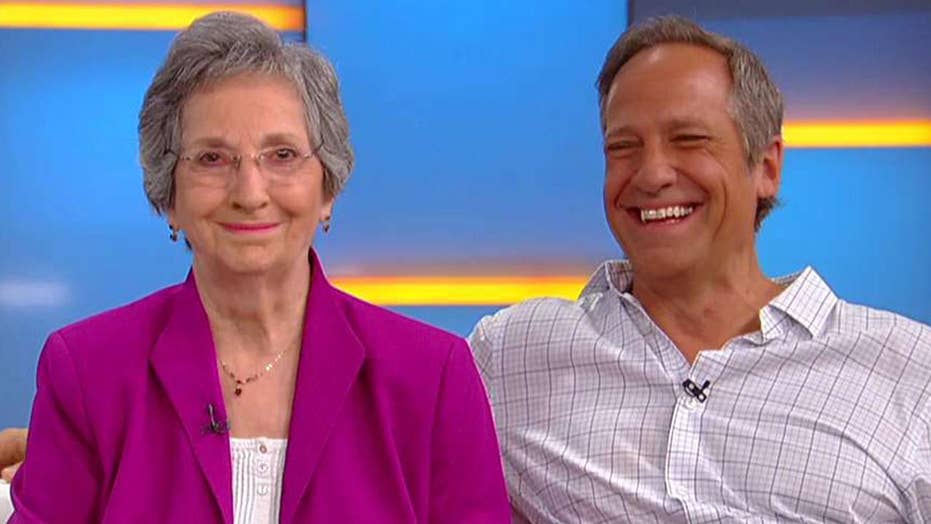 Peggy Rowe tells the story of her upbringing in 'About My Mother.'

…It is not, however, a book written by me. True, I did write the foreword. But it doesn’t mean I’ve written a book about my mother. I haven’t. Nor does it mean my mother’s book is about her son. It isn’t. It’s about my grandmother. And my mother. Just to be clear.—Mike

A love letter to mothers everywhere, About My Mother will make you laugh and cry—and see yourself in its reflection. Peggy Rowe’s story of growing up as the daughter of Thelma Knobel is filled with warmth and humor. But Thelma could be your mother—there’s a Thelma in everyone’s life. Shes the person taking charge—the one who knows instinctively how things should be. Today Thelma would be described as an alpha personality, but while growing up, her daughter Peggy saw her as a dictator—albeit a benevolent, loving one. They clashed from the beginning—Peggy, the horse-crazy tomboy, and Thelma, the genteel-yet-still-controlling mother, committed to raising two refined, ladylike daughters. Good luck.

When major league baseball came to town in the early 1950s and turned sophisticated Thelma into a crazed Baltimore Orioles groupie, nobody was more surprised and embarrassed than Peggy. Life became a series of compromises—Thelma tolerating a daughter who pitched manure and galloped the countryside, while Peggy learned to tolerate the whacky Orioles fan who threw her underwear at the television, shouted insults at umpires, and lived by the orange-and-black schedule taped to the refrigerator door.

And in case you’re wondering, Peggy knows a thing or two about dirty jobs herself…