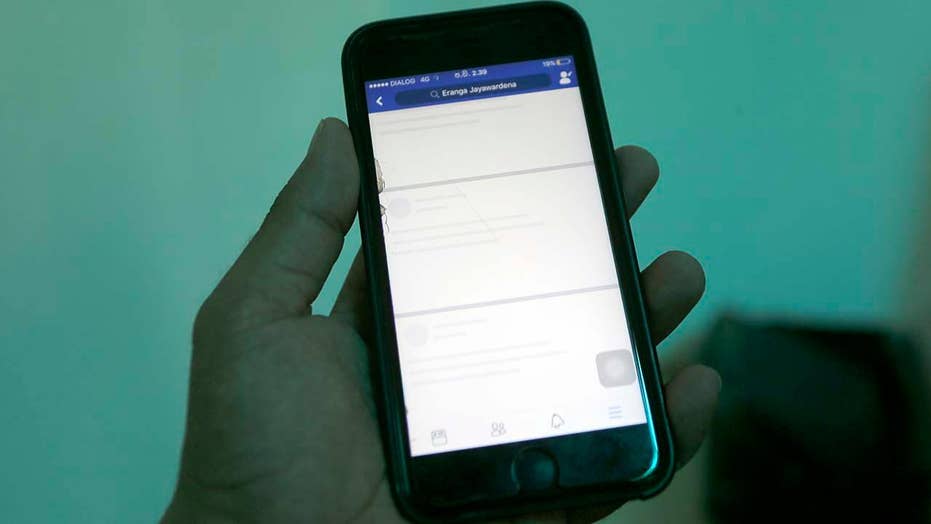 Trump administration rolls out tool to submit claims of 'political bias' on social media; reaction and analysis on 'Outnumbered.'

In an abrupt reversal amid an ongoing online firestorm, YouTube announced Wednesday that it would block conservative commentator Steven Crowder from making any money on videos he uploaded to the site, following a torrent of outrage from left-wing groups about insulting remarks he made about a gay political personality working at Vox.

YouTube, a Google subsidiary, claimed Crowder had engaged in a "continued egregious actions that have harmed the broader community," but acknowledged that Crowder's videos "did not violate our Community Guidelines." The company stopped short of banning Crowder and deleting his videos entirely, as many progressive groups and journalists demanded.

Crowder's demonetization, in turn, prompted conservatives to renew charges of large-scale censorship and hypocrisy against the big tech giant. Several right-leaning content creators, as well as nonpartisan journalists documenting hate speech, charged that YouTube was engaged in an broad "purge" Wednesday against their channels, which were not directly related to the Crowder dispute.

"Vox is still going to be pissed; they're not going to be happy with this," Crowder said in a video posted to his Twitter account after learning about YouTube's action, calling the situation a brewing "Adpocalypse." Crowder has more than 3.7 million subscribers on YouTube.

"It's not a win," he continued, "because their goal is to completely get rid of people. We're at a point in time right now where people can still have a voice, but a lot of people are going to lose their ability to lose revenue."

"Their goal is to completely get rid of people."

In a livestream Wednesday afternoon, Crowder highlighted a series of unpunished hateful comments made by liberal commentators -- including Stephen Colbert's reference to President Trump as "Putin's c--kholster," and Samantha Bee's mockery of Ivanka Trump as a "feckless c--t."

The episode began May 30 with a viral Twitter post by left-wing Vox personality Carlos Maza, which contained video montage of derogatory comments Crowder had made about Maza in the past two years. In the various clips, Crowder variously refers to Maza as an "angry little queer," a "gay Mexican," and "Mr. Lispy queer from Vox."

Maza, an openly gay partisan activist, has himself previously used aggressive language on social media. "Milkshake them all," he wrote May 21, referring to right-wing activists. "Humiliate them at every turn. Make them dread public organizing."

Maza has also referred to someone as having a "jew face."

On Tuesday, YouTube initially responded to Maza's complaint with a statement explaining it would take no action.

"Our teams spent the last few days conducting an in-depth review of the videos flagged to us, and while we found language that was clearly hurtful, the videos as posted don’t violate our policies," Youtube wrote at the time. "As an open platform, it’s crucial for us to allow everyone–from creators to journalists to late-night TV hosts–to express their opinions w/in the scope of our policies. Opinions can be deeply offensive, but if they don’t violate our policies, they’ll remain on our site."

The company added: "Even if a video remains on our site, it doesn’t mean we endorse/support that viewpoint. There are other aspects of the channel that we’re still evaluating– we’ll be in touch with any further updates."

In a response to an inquiry from the tech blog Gizmodo later Tuesday, YouTube elaborated on its reasoning. Gizmodo published the comments even though YouTube's media relations department had indicated they were provided "on background," meaning not for direct quotation.

"In videos flagged to YouTube, Crowder has not instructed his viewers to harass Maza on YouTube or any other platform and the main point of these videos was not to harass or threaten, but rather to respond to the opinion," YouTube said, according to Gizmodo. "There is certain behavior that is never ok: that includes encouraging viewers to harass others online and offline, or revealing nonpublic personal information (doxxing). None of Maza’s personal information was ever revealed in content uploaded by Crowder and flagged to our teams for review."

YouTube's reasoning prompted a slew of criticism from progressives and members of the media. An article in The Washington Post was headlined: "A right-wing YouTuber hurled racist, homophobic taunts at a gay reporter. The company did nothing." (Crowder, on Thursday, said the Post attempted to contact him by emailing his merchandising email account, not his press account, just one hour before publication.)

A new report from Breitbart claims the search term 'abortion' was added to a 'blacklist' file for 'controversial YouTube queries'; reaction from Robert Epstein, senior research psychologist at the American Institute for Behavioral Research and Technology.

Meanwhile, Crowder pointed out that Maza has repeatedly referred to himself as a "queer." At the same time, Crowder acknowledged the concerns and vowed to work to improve.

In a video, he argued: “Did I ever offhandedly use the term lispy queer? I really don’t remember it, but it sounds like me. Why? Because you speak with a lisp and you refer to yourself as a queer. ... It’s funny, and this is a comedy show."

But on Wednesday, YouTube apparently changed its mind about Crowder.

"Update on our continued review–we have suspended this channel’s monetization," YouTube wrote, adding that Crowder would have to make fundamental changes to the entire channel if he wanted the decision reversed. "We came to this decision because a pattern of egregious actions has harmed the broader community and is against our YouTube Partner Program policies."

The company linked to a longer statement that reaffirmed the company's purported commitment to free speech while outlining a series of actions it would take against certain kinds of offensive conduct, including demonetization and preventing certain videos from being recommended to viewers by the site's algorithm.

The company said it would target content causing "widespread harm to our community of creators, viewers and advertisers" -- even when that content did not specifically violate any Community Guidelines.

YouTube did not respond to Fox News' request for comment as to how many accounts were demonetized on Wednesday. In follow-up posts, the company said Crowder, among other unspecified actions, would have to take down links to t-shirts he was selling with the words, "Socialism is for F--s."

Maza indicated he was not satisfied -- and explicitly called for sweeping and fundamental changes to YouTube as a platform.

“Basically all political content gets ‘demonetized.’” Maza tweeted. “Crowder's revenue stream isn't from YouTube ads. It's from selling merch and ‘Socialism Is For F--s’ shirts to millions of loyal customers, that @YouTube continues to drive to his channel. For free.”

He added that he wanted larger change: "The problem isn't Crowder and the problem isn't monetization. The problem is that @YouTube allows monsters and bullies to become superstars, break YouTube's rules, build an army of loyal, radicalized followers, and then make millions selling them merch that sustains their work."

But even the changes YouTube made on Wednesday apparently had not gone according to plan. Several other YouTube content creators, including Jesse Lee Peterson, the educational resource "Mr. Allsop History," and journalist and filmmaker Ford Fischer, said they had been erroneously caught up in the situation.

"YouTube demonetized my channel right after taking down videos *condemning* anti-Jewish hatred by whites & Muslims!" Peterson wrote. "I always tell people to stop hating & blaming. @YouTubeTeam, you made an error. Do the right thing & reinstate my channel privileges/features immediately."

Added Fischer: "Within minutes of @YouTube's announcement of a new purge it appears they caught my outlet, which documents activism and extremism, in the crossfire. I was just notified my entire channel has been demonetized. I am a journalist whose work there is used in dozens of documentaries."

The Trump supporter denies that he's responsible for the video and says he plans to sue those who shared his information; reaction and analysis on 'The Five.'

The Daily Wire's Elisha Krauss alleged her content had also lost monetization. "Y'all should head on over to @YouTube and watch my @prageru before it's deemed insulting. They already have it on restricted mode and limit monetization for it because heaven forbid ppl Google European abortion laws and find the truth!"

Conservative commentators pointed to the episode as a consequence of unnecessary, corporate cowardice, and hypocrisy. YouTube, in the past, has cut monetization for videos deemed unsuitable for advertising, including videos about sensitive topics like suicide.

"Reminder: Leftwing @TheYoungTurks is literally named after the regime that slaughtered 1.5 million Armenians in Genocide, yet @TeamYouTube hasn't demonetized or banned them because unlike @scrowder, they haven't perpetrated the unforgivable sin of offending @voxdotcom & @gaywonk," tweeted GOP strategist Andrew Surabian.