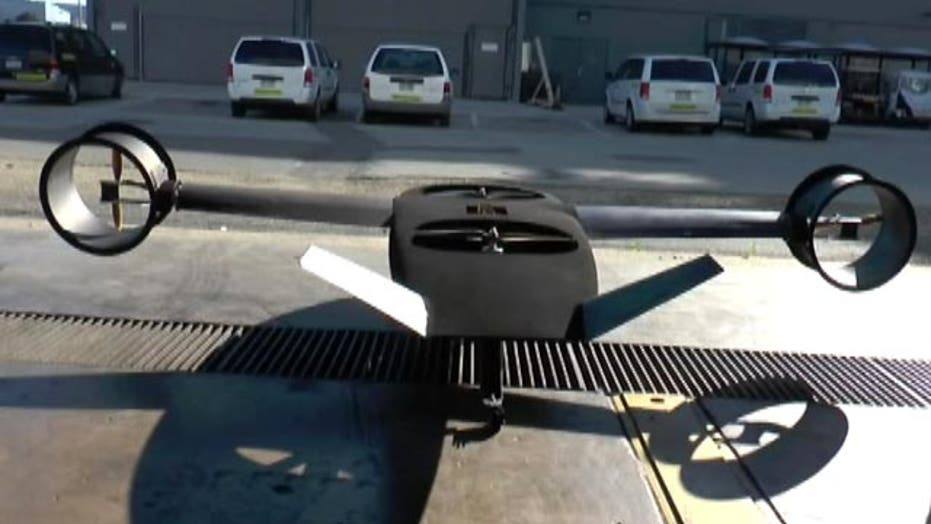 War Games: One step closer to the next military breakthrough

The longtime hunt for the ultimate military hybrid – part helicopter, part airplane – may finally be over. Narrowed down to a final four contenders, the Phantom Swift has come out of the gate looking strong with a smart design and the coolest name.

Made by Boeing, the aircraft giant’s strange design incorporates fans on both the fuselage and wingtips that provide efficient vertical lift; the pair in the fuselage are then covered when it shifts into cruise mode. Smaller ducted fans on the wingtips provide forward thrust and enhanced lift and control in hover mode.

Boeing is one of four teams to receive a $17 million contract from the Defense Advanced Research Projects Agency, the fearless innovation arm of the military that is better known as DARPA. The agency hopes the proposed “VTOL X-Plane” will give the military unprecedented capabilities.

The VTOL X plane is basically a helicopter mashed up with an airplane. Helicopters, with the ability to take off and land without an airstrip -- hence VTOL, or Vertical TakeOff and Landing -- give the military access to areas that fixed-wing aircraft can’t reach. But fixed-wing aircraft provide better speed and range.

The X-Plane project aims to provide all of these in one aircraft that can fly as fast as 460 miles per hour, take off and land vertically and hover efficiently, all while hauling crates of cargo.

The final four
This week DARPA announced that the competition has been narrowed down to four companies: Aurora Flight Sciences, The Boeing Company, Karem Aircraft and Sikorsky Aircraft.

All have proposed designs for an unmanned X-Plane -- meaning it would fly without a human in the cockpit. But their designs and new technologies could ultimately revolutionize manned aircraft, too.

All have proposed designs that rely on new multipurpose technologies. Creating tech that can do more than one thing is a smart approach because it means the aircraft will need fewer systems, while reducing both the weight and space the tech requires.

For more than 60 years, helicopters have provided essential VTOL capabilities. But these aircraft lack speed, which is very important to the military. If they were faster, mission times and exposure to attack could be reduced.

Despite their continually evolving technology, 460-mph speed has remained out of reach for VTOLs. Some designs have managed to produce top speeds, but they have had to sacrifice payload, efficiency and range to do it.

DARPA’s VTOL X aircraft program is determined to boost top speeds without compromises, by encouraging the fixed-wing and rotary-wing designers to combine their know-how.

Instead of adapting current designs and technologies, VTOL X-Plane challenges the teams to create one single hybrid aircraft that incorporates significant improvements in vertical and cruise flight capabilities.

Current VTOLs, like the tilt-rotor V-22 Osprey, are used operationally and give the military the option to land just about anywhere at relatively fast speeds. But the Osprey can reach only about 322 mph.

Other countries have their own version such as the Russians with their Yak-38 and the British with their Harrier.

X plane: better than the rest?
DARPA hopes the VTOL X-Plane will have a number of impressive capabilities:

DARPA has planned to invest $130 million to get the first X-Plane soaring within 47 months.

The first phase of the program is expected to last about 22 months. The next key milestone will come late next year, when one of the four companies will be selected for design, development and integration in Phase II.

Phase III will produce a flight test around February 2018.