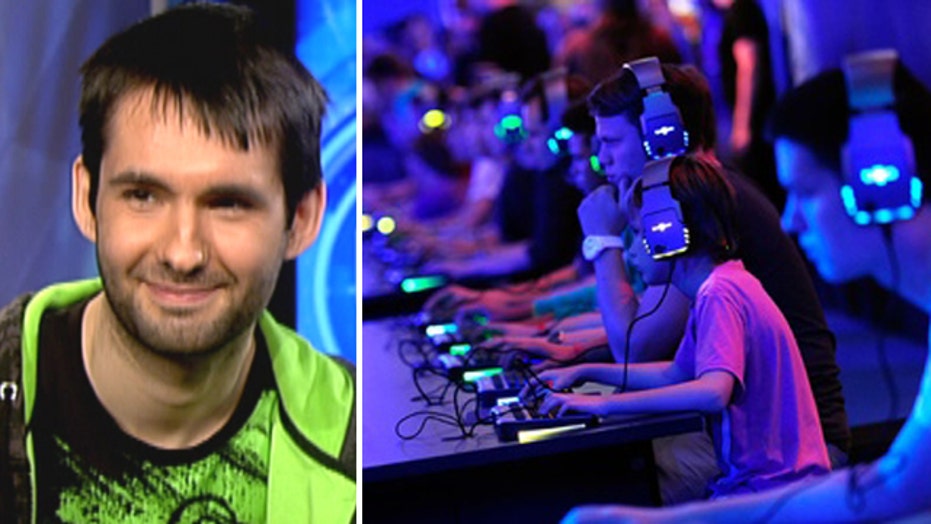 How a passion for gaming 'leveled up' to a profitable career

Athene, dubbed the 'World's Best Gamer,' talks about how to make a living playing video games and his charity Gaming for Good

For most people, playing video games is just a casual hobby.  But for a select few, this hobby can “level up” into something more.

For the “World’s Best Gamer” Bachir Boumaaza, better known by his gaming handle “Athene,” gaming has become not only a profitable career, but has helped him launch a successful charity called “Gaming for Good.”

Beginning in 2007, Boumaaza began producing YouTube videos of his online gaming adventures, acting as the arrogant, brash character “Athene.” The persona became wildly popular, propelling him to over 630,000 YouTube subscribers.

Athene says in order to turn gaming into a profitable lifestyle, it has to be your passion.

“You’ve gotta practice, a lot,” said Athene. “But more importantly, you don’t have to give up your studies because I know a lot of young kids forget about studying and play a bit too much games.  So you gotta balance it.”

Athene began his rise to gamer fame by breaking records in the popular game, “World of Warcraft.”  From there, he created a YouTube channel, which soon drew thousands of subscribers.  Later, he was approached by sponsors like Razer, a gaming hardware company, who provided him with gear and contributed to his growing charity work.

Charity work is something very close to Athene’s heart.

“I was always very passionate about trying to give back and when we started ‘Gaming for Good,’ it’s basically just a website where developers donate their games, and when people donate to charity, they get those games for free,” Athene told Foxnews.com. “We managed to raise close to $10 million dollars and on top of that, what you also have is we’re reaching a very big audience, from 12-year-olds donating a dollar or two up to 30-year-olds.“

Athene recounted the story of a very special donation “Gaming for Good” received: “We had a U.S. Marine last year donating his entire paycheck because he was so touched with the work we’re doing.”

For more info on Athene’s charity check out www.gamingforgood.net and be sure to follow him on Twitter @AtheneLoL.