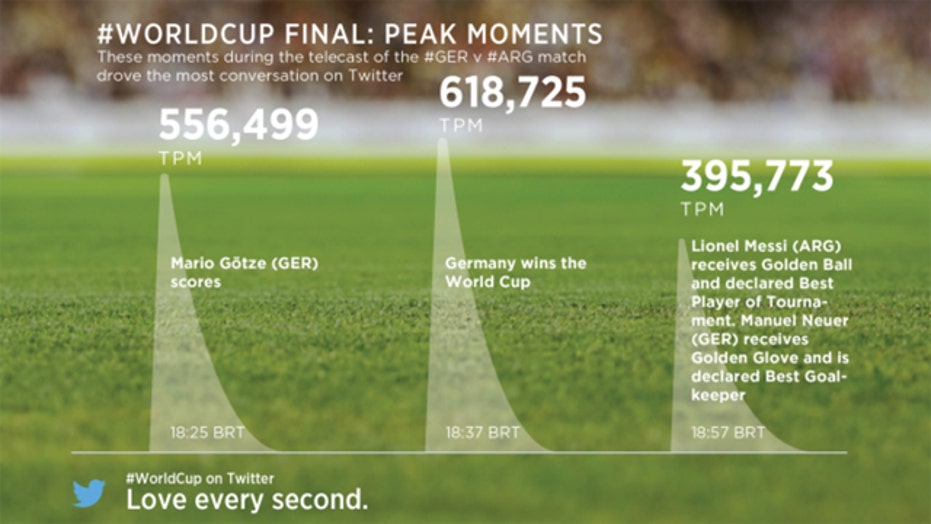 Facebook and Twitter both had new usage records after Germany took the Cup. "Facebook reveals that 88 million people left more than 280 million posts, comments, and likes about the Germany vs. Argentina game, surpassing the previous engagement record for a single sporting event set during Superbowl XLVII," Appy-Geek.com reported.

Next, scientists have created a material a material so dark, you can't see it. The black material, now known as Vantablack, is a coating made with carbon nanotubes and it absorbs most light. Since the material is coated over objects, it's almost impossible to see them. The material is meant to calibrate devices like telescopes.

Lastly, an Oxford engineer Thomas Povey has designed a better saucepan. That's a far cry from working on rocket ships, but IO9 reports the scientist was struggling with boiling water at high altitudes so he invented the flare pan. The pan looks futuristic and is based on the same technology used in jet and rocket engines.