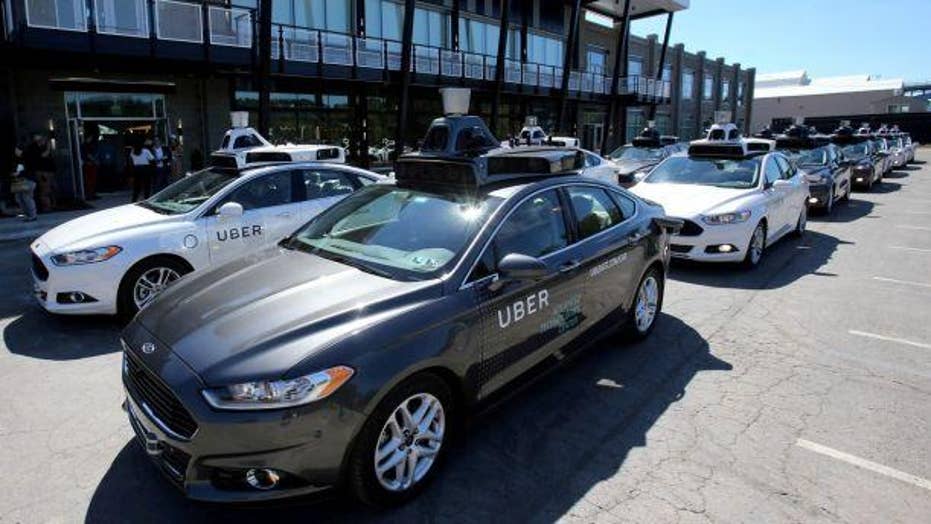 FLAGSTAFF, Ariz. – A self-driving Uber vehicle struck and killed a pedestrian in a Phoenix suburb in the first fatality involving a fully autonomous test vehicle, prompting the ride-hailing company Monday to suspend all road-testing of such autos in the U.S. and Canada.

Depending on who is found to be at fault, the accident could have far-reaching consequences for the development of self-driving vehicles, which have been billed as potentially safer than human drivers.

The Volvo was in self-driving mode with a human operator behind the wheel when a woman walking outside a crosswalk in Tempe on Sunday night was hit, police said. The woman, identified as Elaine Herzberg, 49, died at a hospital.

Uber suspended all of its self-driving vehicle testing in the Phoenix area, Pittsburgh, San Francisco and Toronto.

The testing has been going on for months as automakers and technology companies compete to be the first with the technology.

Uber CEO Dara Khosrowshahi expressed condolences on his Twitter account and said the company is working with local law enforcement on the investigation.

The federal government has voluntary guidelines for companies that want to test autonomous vehicles, leaving much of the regulation up to states.

The number of states considering legislation related to autonomous vehicles gradually has increased each year, according to the National Conference of State Legislatures. In 2017 alone, 33 states introduced legislation.

California is among those that require manufacturers to report any incidents to the motor vehicle department during the testing phase. As of early March, the agency received 59 such reports.

This story has been corrected to fix the spelling of Transportation Elaine Chao.