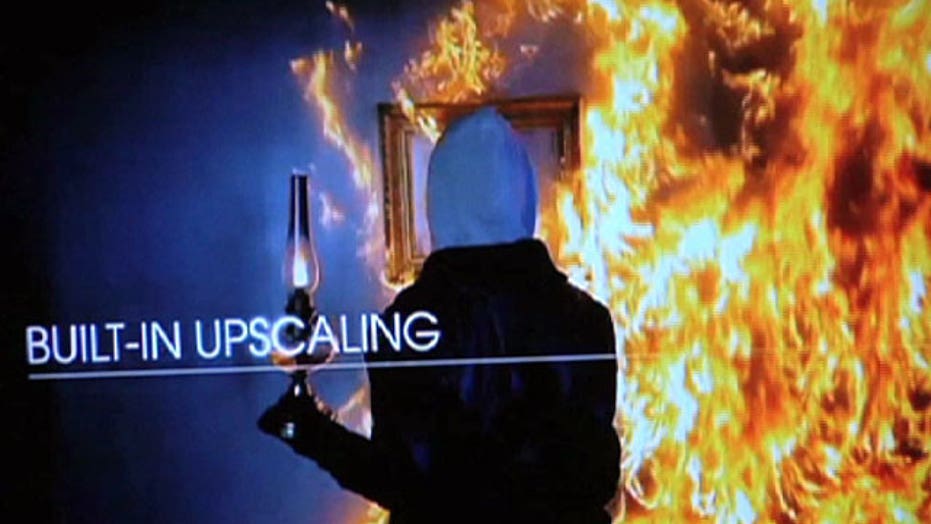 Junior Reporter Matt Finn previews one of the most anticipated electronics show on earth.

The Consumer Electronics Show is set to start in Sin City today. Hundreds of thousands of people are expected to attend.

In the days leading up to the conference, every major consumer electronics maker held a press conference to unveil the gizmos of the year ahead.

Here's a small taste of what's to come, as over three thousand companies will be on display at the Consumer Electronics Show this year.

From super-sized televisions to razor-thin, wearable tech, it's a battle to be the biggest and the smallest at this year's CES show.

"This is the place where people unveil their latest and greatest products," attendee Tori Dorsey from Chicago said. "The TVs are hot right now."

Samsung unveiled its first HD Television that goes from flat to curved with the push of a button. At 104-inches it gives a cinematic experience at home.

Sharp unveiled its new line of Aquos flat screens with the highest resolution display ever, even better than HD. It packs in 33 percent more pixels, creating billions of new colors.

"I think the biggest thing right now is the wearable's," said Jason Herbert from New York City. "People are trying to come out with the wrist band or wrist watch."

Qualcomm showcased its new Talk TOQ watch that allows you to check emails, the weather and text.

The watch is ultra thin and light weight. The battery lasts for up to a week without a charge and the display allows you to see it in the sun.

Hundreds of attendees briefly stepped outside into the Vegas sun for the U.S. unveiling of the new Formula-E race car.

The all-electric car is billed as the future of auto technology. It is capable of being charged just by parking it on a mat.