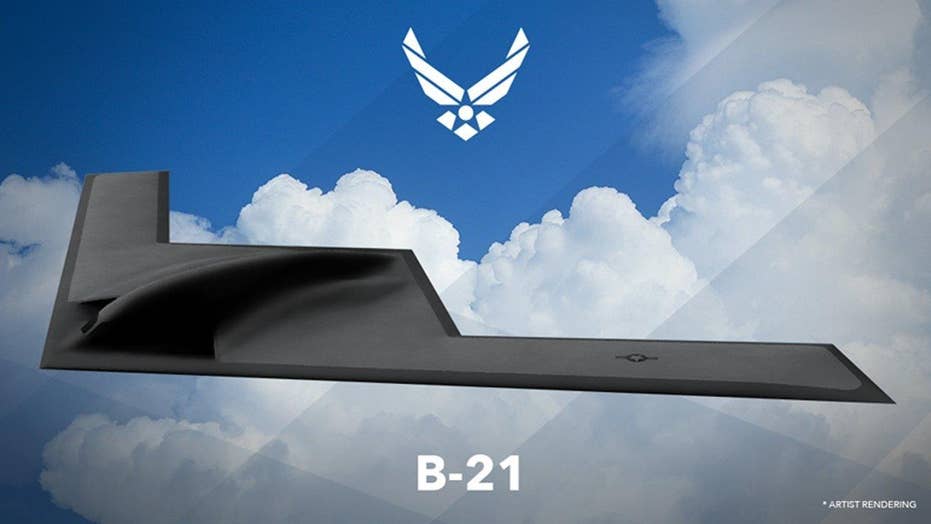 America’s vast nuclear arsenal is firmly in the spotlight. On Tuesday Sen. Bob Corker, who chairs the Senate Foreign Relations Committee, presided over a hearing that is examining the authority of the U.S. president to order a nuclear weapon strike and the process for using nuclear weapons.

Neither this committee nor House Foreign Affairs Committee has scrutinized the nuclear authority issue since 1976, according to the Congressional Research Service.

President Trump has made his views on nuclear weapons very clear — before taking office, he tweeted that "[the United States] must greatly strengthen and expand its nuclear capability until such time as the world comes to its senses regarding nukes."

So what exactly is the nuclear weapon arsenal currently available to President Trump?

Since the Cold War, the nation has relied on the “triad” and it looks like it will continue to do so under Trump’s presidency. In the simplest of terms, this is a three-pronged approach to nuclear weapon strategy: sea, air and ground.

The United States has a vast and formidable nuclear arsenal and many methods to deliver nuclear weapons, from submarines through to fighter jets.

But much of the nuke program dates back to the Cold War and is feeling its age.

Huge modernization is already underway – to the tune of $400 billion.

President Trump has also ordered a thorough review that may provide new ideas to adapt, modernize and innovate so the United States is even more prepared to tackle today’s nuclear threats.

If a nuclear strike is necessary, then the air component of the triad can be deployed. There are two options: the behemoth B-52H Stratofortresses and the stealth B-2A Spirits.

With a range of almost 9,000 miles, the B-52s can travel huge distances to deliver a nuclear weapon.

The iconic B-52s have been in service for more than 50 years and about 44 B-52H Stratofortresses carry nuclear-tipped cruise missiles.

Another option is the stealth bomber B-2A, a newer aircraft that became operational about 20 years ago.

Using its advanced stealth tech, it could travel undetected deep into enemy territory to attack with a nuclear weapon.

It is the most advanced American bomber and there are about 16 of these that can attack with three different types of nuclear bombs. It is expected the Air Force will continue to upgrade the nuclear capable B-2A Spirit and fly it until 2040.

In the future, the president will have the option of the B-21 Raider. About 100 of these brand-spanking new stealth bomber are in the works.

It is expected to be able to reach targets absolutely anywhere in the world and penetrate the toughest of enemy air defenses without detection.

Northrop Grumman and the USAF have been very vigilant about protecting this ultra-advanced B-21 so details on the exciting new stealth aircraft have been scarce. Secrecy provides many advantages including the element of surprise against potential adversaries.

But the image revealed earlier this year is so futuristic it looks like it belongs in Star Wars. And it is expected it could hit the skies within the next several years.

PODCAST: MASTER HOW TO BATTLE BACK WITH THIS BRAVE NAVY SEAL

Experts estimate there are more than 200 nuclear missiles arming stealthy American subs hidden in the oceans around the world. Each of these Trident II submarine-launched ballistic missiles (SLBMs) can deliver four or five independently targetable nuclear warheads, according to Council for Foreign Relations research.

WILL THE US UNLEASH REVOLUTIONARY 'LIGHTNINGSTRIKE' DRONE ON FUTURE ENEMIES?

The president has at his disposal 14 Ohio-class nuclear-powered submarines. And each of the 170-meter long subs can attack with 24 of the Trident II SLBMs striking targets several thousand miles away.

Dubbed “boomers,” they are unbelievably stealthy and can travel undetected through the depths of the world’s oceans to attack.

Around the clock, there are always 12 of these submarines at sea, five of which are on hard alert. This means the submarines are constantly patrolling in the Pacific and Atlantic Oceans.

And if the president gives the order, then they are ready to launch their nuclear weapons within minutes of receiving the order.

The Ohio-class submarines were first deployed almost 40 years ago and will continue to undergo upgrades.

They will be replaced in the early 2030s with about 12 Columbia-class submarines.

Congress already passed $60 billion in funding to develop the new submarines although there has been speculation that the price tag will far exceed this number.

PODCAST: FIND OUT THE SECRET TO HOW THIS SPECIAL FORCES VET TURNED AN IDEA INTO THE MASSIVELY SUCCESSFUL BUSINESS

There are a whopping 400 Minuteman III intercontinental-range ballistic missiles (ICBMs) - making it the largest of the triad in terms of nuclear enhanced missiles to deliver a strike. Although land based, it is managed by Air Force.

This part of the nuclear arsenal is hidden underground. Beneath the natural beauty and farmland of Wyoming, Colorado, Nebraska, Montana and North Dakota - there are many heavily fortified silos.

The president has the option to launch a strike from these silos using the 400 Minuteman III intercontinental-range ballistic missiles (ICBMs).

These Minuteman III ICMBMs can deliver nuclear warheads and precisely strike targets at a very long range. Some estimates place it at 8,000 miles away. They are three stage, solid fuel missiles.

Each Minuteman can have one, or multiple nuclear warheads. Hiroshima was 15 kilotons. Many experts estimate the explosive yield to be in the range of 300 to 500 kilotons.

The ICBMs are now about 50 years old, but the Air Force regularly upgrades them.

In the future triad, the Ground-Based Strategic Deterrent (GBSD) is expected to replace these ICBMs. In August, the Pentagon narrowed the competition to develop these next gen missiles down to two companies: Boeing and Northrop Grumman.

IF GBSD moves forward, then production and deployment will happen in about 10 years.

The LRSO (Long Range Standoff) weapon is a new type of nuclear cruise missile and the subject of one of the most intense, heated debates regarding nuclear modernization. This year, some Democratic senators have targeted the program and advocated against it on grounds such as cost and strategy.

The military’s nuclear bomber force would deliver these new missiles. If it gets the green light, then the LRSO is expected to be operational around 2030.

What other nuclear weapon options are available?

In 2010, the Obama administration revealed details of the American nuclear arsenal: a total of 5,113 warheads that are operationally deployed.

However, this did not include the several thousand warheads that are retired and not yet dismantled.

There are also believed to be hundreds of “tactical” nuclear bombs available that could, for example, be used to arm fighter jets to attack.

The military may also develop new weapons that are being referred to as “mini nukes.” These are under consideration to provide the president with the option of a nuclear attack without causing massive indiscriminate casualties or “ending the world.”

Review of the arsenal and its readiness

While countries like Russia and North Korea have doggedly worked away at advancing their military capabilities such as nuclear strikes, under President Obama maintaining parity and nuclear strength to discourage nuclear threats was not a priority.

President Trump launched an NPR (Nuclear Posture Review) to thoroughly review everything about the U.S. military’s nuclear weapons establishment: the readiness, the strengths, the weaknesses, the methods to launch the nukes and more.

It is expected the NPR could deliver revolutionary ways to update and further “modernize” the nuclear arsenal with results early next year.