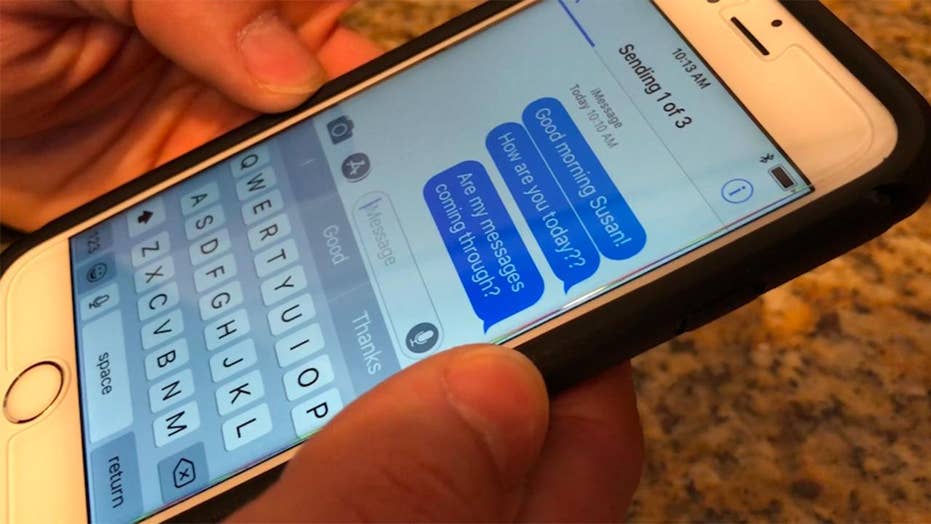 What's the big deal with 5G?

5G networks will start popping up in select cities this year; though experts warn significant improvement won’t be seen for several more.

Fuetsch described the fifth-generation technology as a “whole new network platform that is going to deliver much higher speeds, as well as much lower latency,” which is the response time between when you click on a link and when the network responds. “5G will also serve many more different types of devices.”

Verizon spokesperson Christopher McCann called it a “fat pipe” to pass through massive amounts of data from a slew of different platforms.

It’s a technology so coveted, even President Donald Trump stepped in to block Broadcom's bid for Qualcomm, a company that will make next-generation microchips.

Verizon is introducing 5G in up to five cities in 2018. (Verizon)

McCann told Fox News latency will be as low as a millisecond. To put this in perspective, the blink of an eye is between 300 and 400 milliseconds.

But the technology is about more than enabling speedier connections; it’s about new connections. 4G allowed communication between basically two types of devices – smart phones and tablets – according to Fuetsch. He added that 5G will connect “many different types of devices that don’t necessarily use the network in the same way.”

Right now, Fuetsch said a self-driving car produces a couple of terabytes of data every hour between its cameras and radar systems. Instead of processing that mass amount of data solely in the vehicle, 5G will offload a lot of the processing out of the car and put it into the network, enabling the autonomous vehicles to more easily make quick decisions and “talk” to each other. It goes back to McCann’s fat pipe analogy, providing more bandwidth.

Atlanta-based tech start-up Roadie is expecting to see a huge improvement in efficiency for its service: Connecting anyone with a shipping request to a driver via an app. For example, through 5G-compatible traffic sensors, Roadie can determine “the most sustainable time and the fastest delivery method to get something through [its] system,” according to Roadie CEO Marc Gorlin.

Furthermore, Gorlin expects to see an improvement across the entire tech industry, specifically for companies “where you have multiple people doing multiple things at once.” He said “the more data pipes and the more data sources providing input” will become more important because “at the end of the day, [they will] provide faster service for consumers.”

“You know where the showstopper is? The handsets are not here."

All four major U.S. carriers are working overdrive to roll out 5G. Verizon and AT&T announced deployments in select cities this year, though in different fashions.

Verizon will introduce fixed service in three to five cities, one of which will be in Sacramento, Calif. It’s starting with residential broadband service, using radio signals instead of copper or fiber cables to provide Internet access in homes.

AT&T plans to offer mobile 5G to customers in a dozen cities, including parts of Atlanta, Dallas and Waco, Texas. The company told Fox News it will release 5G-compatible mobile devices this year but not smartphones.

For T-Mobile customers, New York, Los Angeles, Dallas and Las Vegas will be the first of 30 cities to experience 5G via smartphones, when the handheld devices launch early next year.

Sprint unveiled six 5G-ready cities – Atlanta, Chicago, Houston, Los Angeles and Washington, D.C – announcing a plan to roll out its 5G network in the first half of 2019.

But experts warn not to expect significant change this year, so much so Akyildiz called 2018 "pre-5G."

Roadie CEO Marc Gorlin expects to see an improvement in service across the entire tech industry with 5G. (Fox News)

“You know where the showstopper is?” Akyildiz asked. “The handsets are not here. All of these mobile phones we are using cannot cope with those objectives … there is a desperate need for those devices.”

All four major U.S. cellular networks are rolling out 5G over the next year, but only some selected cities have been revealed. (Fox News)

Even Verizon’s McCann acknowledged that 5G is an evolving process. But regardless, he says 2018 is big because after years of talking about 5G, “it is the year it’s actually becoming real.”