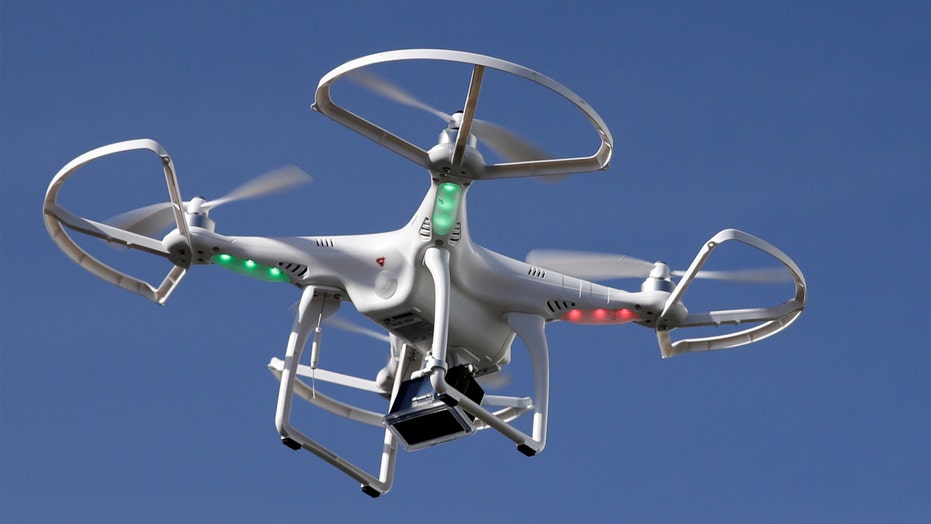 Popularity of personal drones a threat to your privacy?

At the end of last year we marveled at the bizarre sight of high-profile YouTuber Casey Neistat using a humongous drone to lifthim high into the sky. The bonkers Christmas stunt used a specially built octocopter strong enough to lift Casey hundreds of feet into the air.

Possibly inspired by Neistat's aerialantics, Latvia-based drone designer Aerones recently persuaded a skydiver by the name of Ingus Augstkalns to use a drone instead of an airplane for his next jump.

A video posted on YouTube shows Augstkalns standing atop a 120-meter-high tower just ahead of"the world's first drone jump," according to Aerones. Next, we see the huge 28-propeller flying machine buzz up to the skydiver, whereupon he grabs hold of it and presumably hopes for the best.

With Augstkalns dangling precariously beneath it, the drone flies away from the platform and reaches an altitude of 330 meters before the skydiver decides it's probably a good idea tolet go. The good news is that Augstkalns' parachute opened properly and he touched downsafely. However, there's no footage showing what happened to the drone, thoughwe're assuming itdidn't go rogue and cause untold havoc inside some faraway restricted area.

The enormous contraptiontook six months to perfect and can carry a payload weighing up to 200 kg. Perhaps Amazon might want to use it to deliver larger items that its Prime Air drone can't handle we can just see one of Sony's big-screen OLED offerings flying through the sky with this thing. Silliness aside, Aerones said the stunt was designed to highlight the drone's potential to act as a rescue vehicle in emergency situations or perform other important work.

Already in the near future, our technology will save human lives, will help to fight fires and carry out other challenging and significant work," Aerones' Jnis Putrms said in a release. "With this project, we show that we are ready for serious tasks in the field of civil defense and sports.

Speaking of sports, it was Aerones that last year suggested " droneboarding" as a thing, using another of its super-sized flying machines to pull a boarder across the snow.