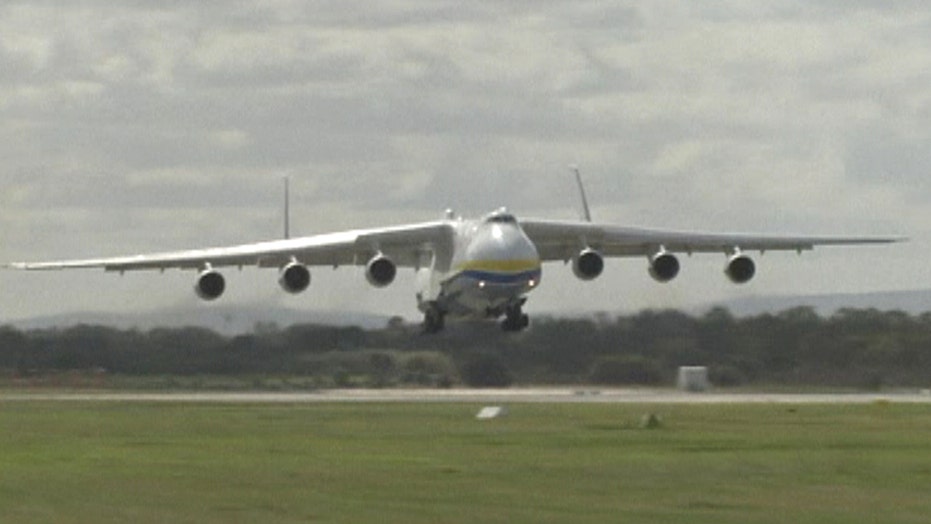 Tens of thousands of Australians turned out to gawk as the world’s largest plane descended into Perth’s airport on Sunday. The hulking Antonov An-225 cargo plane, which boasts six engines and wings that measure almost 300 feet long, was delivering a 100-plus-ton generator for a refinery. It landed smoothly with puffs of smoke from its many wheels.

It was an unusual aviation event, marking the first time the plane landed in Australia, and the moment spurred huge traffic delays around the airport as people came out to glimpse the enormous airplane, according to local media.

The plane, which measures about 275 feet long and is known for its ability to carry huge cargo loads, touched down under partly cloudy skies, and was greeted with sprays of water.

It's been a pleasure #AN225 Mriya! Safe travels home tomorrow. pic.twitter.com/gj6Jzr6gPD

“It’s very rare to get something like this coming here,” David Eyre, president of the Aviation Association in Western Australia, said, according to 9news.com.au. The aircraft has a split tail and the nose can flip up for loading and unloading cargo.

On Twitter, the Perth airport wished the massive white, yellow, and blue plane a safe voyage out of Australia, writing: “It's been a pleasure #AN225 Mriya! Safe travels home tomorrow.”