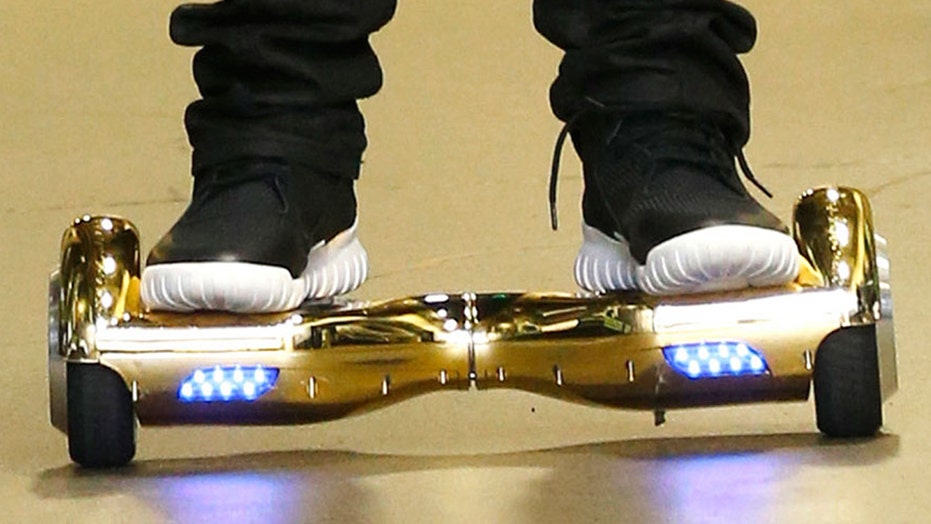 The United States Postal Service (USPS) is the latest organization taking action to avoid getting its fingers burned when it comes to hoverboards.

Following in the footsteps of a growing number of airlines, USPS has said it's refusing to carry shipments of self-balancing scooters by plane because it fears the board's batteries could catch fire.

But look out for smoking delivery vans -- the USPS says it'll continue to use ground transportation to get hoverboards to their destination.

Following several reports from around the world of house fires apparently caused by exploding hoverboards, retailers such as Amazon this week removed the machine -- which doesn't actually hover at all but instead trundles along on two wheels -- from its online store.

In the UK, the e-commerce giant even went so far as to tell customers to ditch their bought boards after it was discovered that many of them have faulty plugs that could cause them to overheat and catch fire. Besides the plugs and batteries, dodgy cabling and chargers have also been cited as possible fire hazards.

The USPS said it made its decision "out of an abundance of caution," a judgment that likely came as a big relief to the pilots responsible for carrying its consignments.

"Effective immediately and until further notice, the Postal Service will ship the hoverboards only using Standard Post/Parcel Select, which travels on ground transportation, due to potential safety hazards pertaining to lithium batteries," a USPS spokesperson told Cnet on Wednesday.

The hoverboard's sudden rise in popularity has seen it become this holiday's must-have toy, a situation leading to manufacturers around the world clamoring to cash in on the phenomenon. Trouble is, some of these makers have little regard for safety standards, pumping out sub-standard devices that are now causing major headaches for retailers and transportation services.

Related: The biggest electronics show in the U.S. says no to hoverboards

Leading U.S. airlines, including Delta and United, said recently it would stop passengers taking the personal transporters on flights.

Explaining its action, Delta said, "Poorly labeled, powerful lithium-ion batteries powering hoverboards are the issue," adding that after examining the product specifications on some boards, it'd found "manufacturers do not consistently provide detail about the size or power of their lithium-ion batteries."

Delta said its research revealed that the size and power of hoverboard batteries often exceed permitted levels for transportation on aircrafts, and that "while occurrences are uncommon, these batteries can spontaneously overheat and pose a fire hazard risk."