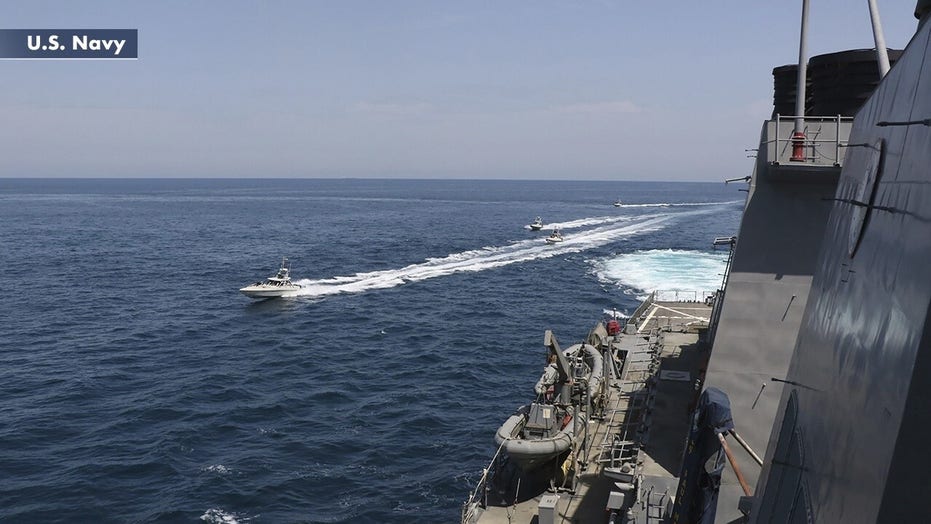 Interceptor missiles, attack drones, deck-mounted guns, electronic warfare weapons and even lasers could quickly be called upon by U.S. Navy commanders to destroy Iranian forces in the Persian Gulf - should provocations, hostile actions or attacks require a lethal response.

General John Hyten, vice chairman of the Joint Chiefs of Staff and Deputy Defense Secretary David Norquist recently spoke to reporters in support of a tweet from President Trump warning Iran. They were clear that current U.S. commanders absolutely have the “authority” to engage and destroy Iranian boats and weapons … should that be necessary. The intent of the message, at least in part, seems to clearly warn Iran not to seek to capitalize upon the current U.S. COVID-19 crisis and explain that the U.S. military is still “ready for war” if necessary.

Iranian threats in the Persian Gulf have been on the Pentagon’s radar for many years, as Iranian military units have at times used small attack boat maneuvers and mines near their borders to intimidate forces and commercial ships. These maneuvers and threats are by no means unprecedented and they have been of particular concern in the narrow Strait of Hormuz waterway connecting the Persian Gulf to the Gulf of Oman; the Strait of Hormuz is a crucial, narrow passageway for international ships, such as oil tankers and other key vessels used for global commerce. “Every commander that's deployed has the ability to execute that,” Hyten said, according to a Pentagon transcript of the discussion.

Deck-mounted 5-inch guns, now arming Navy cruisers and destroyers, may upon first glance come to mind, as they can blanket areas with lethal munitions at ranges out to 12km (7.5 miles).  In support of these guns, Navy surface ships, such as amphibs, carriers and Littoral Combat ships, are equipped with varying deck-mounted guns and interceptors -- to include .50-cal machine guns and 57mm “small boat destroying” weapons (on LCS).

For instance, Navy surface ships are armed with an “area” interceptor weapon called Close-In-Weapons System (CIWS), a so-called phalanx gun engineered to fire hundreds of small metal projectiles in seconds; it can fire 4,500 rounds per minute. The weapon, while initially designed as a counter air drone, missile and even helicopter interceptor, has in recent years been upgraded into a “1B” variant specifically tailored for anti-surface warfare. This means the CIWS weapon is fully capable of destroying swarms of attacking small boats moving on the surface at close ranges. The CIWS gun is connected to ship-based radar, fire control and command and control technologies to activate quickly in the event that a surface ship is attacked. CIWS is often referenced as a “last-line” of defense in the Navy’s layered ship defense systems, which include longer range-interceptor missiles such as an SM-3 for ballistic missile defense and closer-in offensive and defensive weapons such as an SM-6. Even closer-in attacking threats include ship weapons such as a Rolling Airframe Missile or SeaRam interceptor.

Norquist seemed to make a specific comment about the “defensive” weapons available to Navy commanders.

In addition, many Navy ships are armed with an upgraded variant of the Evolved Sea Sparrow Missile Block 2, a missile built with an advanced seeker, guidance system and ability to take out sea-skimming anti-ship cruise missiles closer to the water. More recent ship-defense weapons included new iterations of Electronic Warfare and even lower-cost precise lasers designed with optics to detect -- and then incinerate -- incoming attacks. EW could, of course, be used to jam or thwart the electronic sensors and guidance systems of approaching weapons, therefore disabling their ability to strike. Laser and EW would, of course, be advantageous in highly trafficked waters with commercial or civilian ships in the area, as they would likely produce lower amounts of potentially harmful debris or fragmentation.