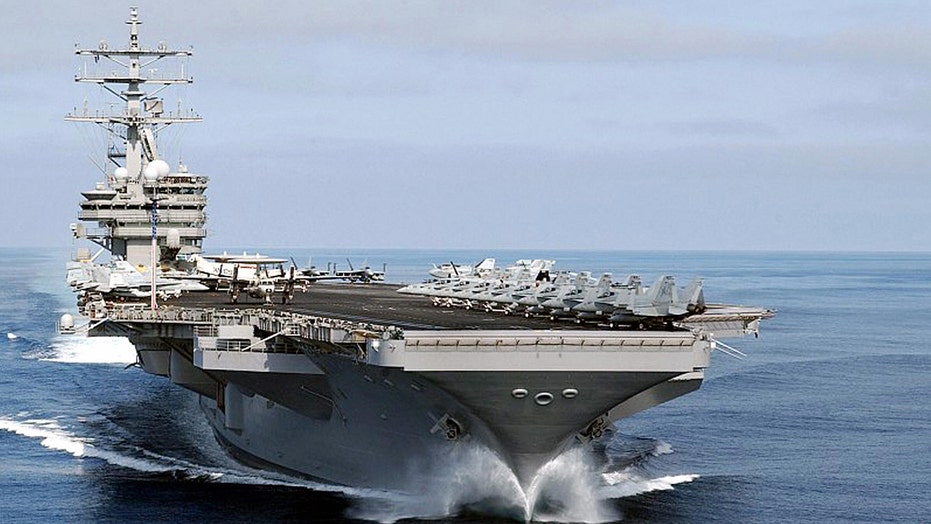 The U.S. Navy is steaming a massive, highly lethal Carrier Strike Group into strategically vital areas off the coast of Iran, demonstrating solidarity, freedom of navigation, and readiness to launch war should that be necessary.

A Navy announcement said the service has sent the USS Nimitz aircraft carrier along with two guided-missile cruisers and one destroyer through the narrow and at times sensitive Strait of Hormuz, a narrow strip of ocean in the Arabian Gulf closely bordering Iran’s Western coastline.

The passageway has, for years, been considered vital for U.S. Navy strategists who seek to not only ensure regional security but also enable the free movement of very large amounts of commercial sea traffic. Very large percentages of the world’s oil supply travel through the area along with a high volume of commercial vessels conducting business throughout the area.

While ensuring safe transit of commercial and civilian ocean traffic is considered essential to the U.S. Navy’s vision, the Strait of Hormuz is also regarded as a highly sensitive military “choke point.” It has often been a location of escalating tensions between the United States and Iran.

The area is known to be home to shallow and deep water mines and has often been an area where Iranian small boats have conducted provocative maneuvers, harassed commercial vessels and even approached U.S. warships.

One way the Navy seeks to address this is simply by increasing presence and sending firepower to the region. The Carrier Strike Group could certainly function as a deterrent against Iranian hostility, given that it brings massive amounts of U.S. power-projection options to the area.

Carrier launched attack planes could easily reach sensitive targets over Iran from the ocean, destroyer and cruiser-fired Tomahawks could threaten most of Iran from great distances, and of course, ships could send a sphere of unmanned systems to include supporting aerial drones, undersea robots and surface-operating mine-sweepers.

When it comes to Iran’s sizable arsenal of ballistic missiles, Carrier Strike Groups present deterrents as well in the form of interceptors able to protect U.S. and allied interests in the area. SM-3 and SM-6 interceptors, integrated with ship-based Aegis radar systems and fire control, could track and take out Iranian ballistic missiles.

These kinds of operations can serve a two-fold presence; they can reassure allies and strengthen partnerships through collaborative training exercises, while also sending a clear signal to Iran that, should it wish to engage in any hostile provocations, the United States will be ready.

Finally, while Iran is less likely to launch a major war campaign against U.S. interests, having Carrier Strike Groups appear in the area serves as a powerful reminder to Iran about the massive extent of U.S. firepower available in the event of an unanticipated conflict.