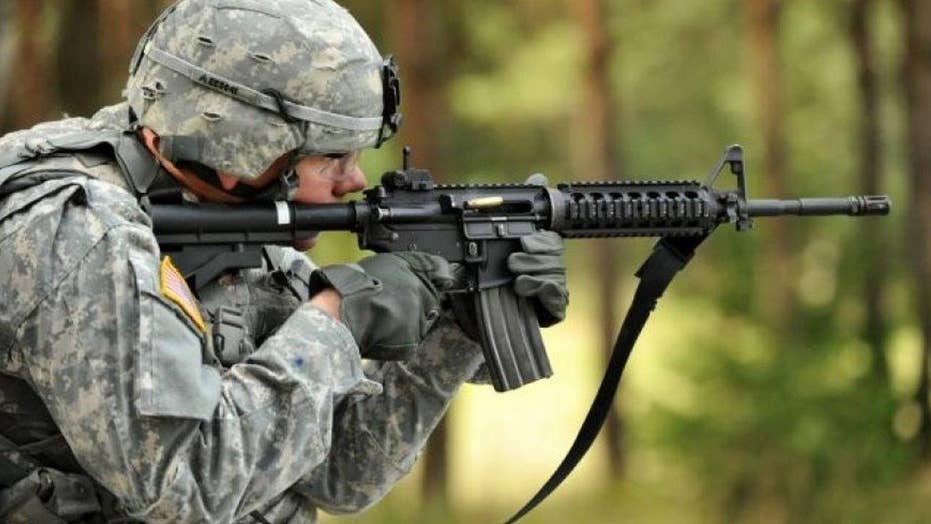 The U.S. Army gets through a lot of ammunition thanks to the amount of training it carries out. But that ammunition doesn't come without waste which slowly degrades over hundreds of years polluting whatever ground (and nearby water sources) it happens to fall upon.

So the Department of Defense (DoD) decided to do something about it, and is requesting environmentally friendly ammunition for use during training exercises.

The ammunition the DoD wants to replace with biodegradable alternatives includes "low velocity 40mm grenades; 60mm, 81mm, and 120mm mortars; shoulder launched munitions; 120mm tank rounds; and 155mm artillery rounds." There's also cartridge cases and sabot petals, which can either lay on the ground or end up buried beneath it.

Sourcing the seeds for use in this new ammunition won't be a problem as the U.S. Army Corps of Engineers' Cold Regions Research and Engineering Laboratory (CRREL) already bioengineered them so as not to germinate for several months, allowing time for the materials containing them to sufficiently biodegrade. The seeds can then take up any remaining contaminants as they grow, further reducing harm to the environment.

As for what materials could be used to form the ammunition, the DoD points to materials used for manufacturing water bottles, plastic containers and other composite plastics already on the market today.

Any contractor attempting to produce these bullets for the DoD will need to progress through a three phase SBIR process. Phase one involves demonstrating a production process for the biodegradable materials for 40mm-120mm training rounds. Phase two involves proving the fabrication process and passing government ballistic tests. Finally, phase three will involve working with ammunition contractors to turn the tech into a supply of training ammunition.

If successful, the use of biodegradable ammunition will lead to less ground contamination while at the same time ensuring anywhere training exercises are carried out will be left rich in plant life.