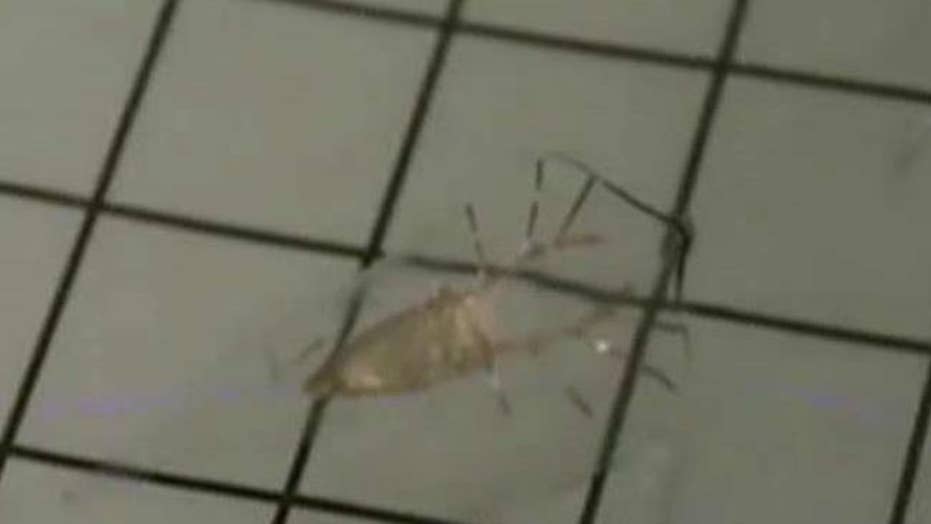 It's the latest in a new line of robotics that combines silicone with living cells. Prior to the stingray, the team, led by Kit Parker, professor of bioengineering and applied physics at Harvard University, built a robot jellyfish out of similar material back in 2012. When the robot's heart cells were electrically stimulated, the jellyfish swam around aimlessly. There was no way to steer it.

"It was difficult to control locomotion of the robotic jellyfish," team member Sung -- Jin Park, a research associate in bioengineering at Harvard's Wyss Institute, told FoxNews.com. "We controlled the bio-engineered muscle in the robotic jellyfish using electrical pulses, making it difficult to locally stimulate the muscle, which is critical to generate complex coordinated motion that is seen in biological muscle tissues."

Looking to leap this hurdle, the researchers set about creating a new "stingray" robot. A thin, 3D-printed gold skeleton was placed between layers of polymer, atop of which sat a pattern of 200,000 living rat heart cells. These cells were then genetically modified to constrict upon contact with LED light. By going the light -- activation route, the steering problem was solved.

First, the stingray is brought to life with an initial set of flashing lights. "As a domino falls down into the next [set of] dominos seamlessly, we shined the light at the front of the ray, initiated the muscle activation, and triggered the propagation of muscle activation and contraction from the front to the rear part of the fin," Park explained. "[This] made the ray swim forward by generating wave-like motion."

As a researcher moves the light over the water, the robot follows along slowly. The ray's right and left fins are stimulated separately for turning -- for example, when the light is flashed on the right side, the robot turns left. Average speed of the robot, when led through a makeshift underwater obstacle course, is 1.5 millimeters per second, so don't expect to see it at Rio for the Olympics (though apparently it can swim through murky water in certain conditions).

There are hopes that this new tech can lead to big environmental and medical benefits in the long run, with pollution cleanup and artificial organs on the forefront.

"For biological robotics, we can use them as new type of sensor and activator," Park said. "In the future, artificial creatures able to perform complex behaviors such as exploration, navigation, and recognition tasks will be developed. We can use these creatures as new types of sensor system for environmental monitoring and so on."

Though he's quick to note that this kind of work is still a ways off due to the inability to make self -- sustainable tissues with current technologies, Park has an idea of what the future may hold.

"In the long term we envision that living tissues will be engineered as reliable building blocks by combining genetics, tissue-engineering and new manufacturing techniques (bioprinting and 3D-printing), ready to be assembled into these artificial creatures," he said.

The next hurdle for the team is on the medical front: building the artificial heart model. As depicted in the movie "Crank 2: High Voltage," current artificial hearts are problematic to say the least.

"The current artificial heart has a lot of problems due to complex fluidic equipment," Park explained, "such as bulky size, blood clots, battery shortage, and high risk of bacterial infection through outside equipment."

The team hopes these problems can be solved with the new cell tech. "Biological tissue can be adapted into our body and can minimize the size and power consumption," Park said.

The new artificial model will capture the coordinated pumping action of the heart and can be used to investigate the underlying mechanisms of inherited heart disease.

The study can be found in the July 8 issue of Science.