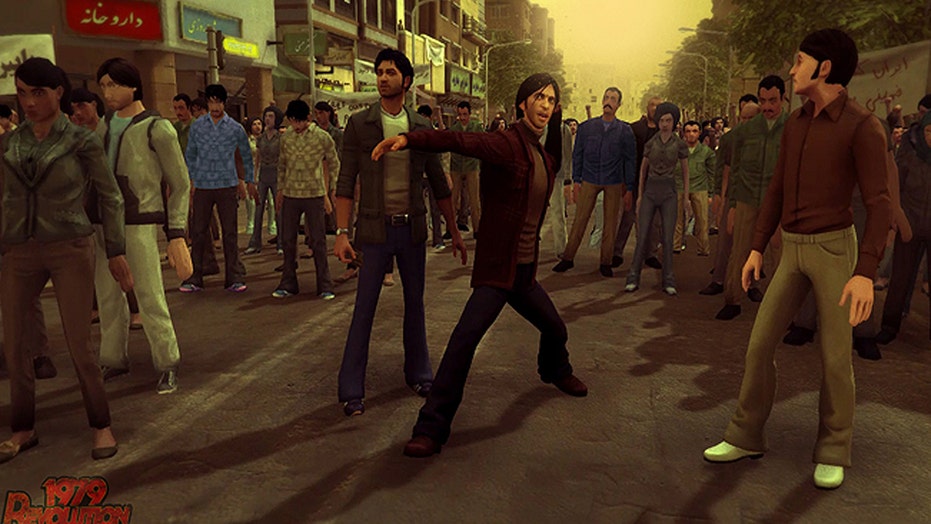 Fox Gamer: iNK Stories' Navid Khonsari on bringing their game to iOS and why it has been banned in Iran

The Iranian regime has banned the sale of a video-game that gives players a first-person perspective of the 1979 Iranian revolution.

"1979 Revolution: Black Friday", which was created by an Iranian-born game designer and his wife and released back in April to acclaim for its historically accurate depiction of the Iranian revolution, has been banned by officials in Tehran for being “Anti-Iranian” and “pro-American propaganda.”

Navid Khonsari -- a former Rockstar Games designer who helped develop the popular “Grand Theft Auto” series says they will look for another way to get the games to the masses.

Officials in Tehran claim that the game is “anti-Iranian” and “pro-American propaganda.” (iNK Stories)

“We’ve been aggressive. We are trying to combat the censorship,” Khonsari tells FoxNews.com. “It’s quite simple. We tried to portray a truthful account of what happened.”

The game lets players experience the tumultuous events through the eyes of a photojournalist who is watching his country unravel. Released by Khonsari’s company iNK Stories, the game has won plaudits for translating a major historical event into a playable game that could led to a new genre of video gaming.

"1979 Revolution: Black Friday" is a choice-driven, narrative-style game, similar to those produced by game studio Telltale. The player views events from the perspective of the main character Reza Shirazi, an aspiring photojournalist in Tehran as the revolution unfolds in 1978. Players make choices for Shirazi, such as photographing protestors from rooftops and responding to an interrogation in the notorious Evin Prison—a place long known for holding and torturing political prisoners.

Iran’s National Foundation for Computer Games has blocked all websites that offered the game including the popular Steam Marketplace.

Khonsari said that maintaining the accuracy of the history behind the revolution was as important as great game play. His team conducted dozens of interviews with Iranians who lived through the revolution. The game’s storyline is based on their real-life accounts. In addition to choosing their own adventure in the game to uncover multiple storylines, gamers can also get a historical lesson with real photographs and audio recordings.

“As an indie game studio, we are not only proud to provide historical context but that gaming can evolve and new genres can be created,” Khonsari told FoxNews.com when the game was originally released. “We hope that ‘1979’ does well enough that it can be used as template for future games of this kind."

The Iranian government was outraged that its citizens were able to access the game from download sites like Steam and other websites. “1979” was on sale for less than 48 hours before Iran’s National Foundation for Computer Games (NFCG) announced its plan to block all websites that offered the game, which they called “Anti-Iranian.” The head of the foundation, even tried to publically disparage the work of Khonsari.

“Khansari [sic] began to work on the game about three years ago and he had big plans for the project, but when the plan faced failure after several companies refused to finance it, he scaled back the size of the game," NFCG Director Hassan Karimi said in an April press release posted by the Tehran Times. “As a result, the game does not have a large distributor and it has also not been well received by gamers.”

Karimi also said that “1979” gives incorrect information to gamers and that Iranians would quickly see, “the hostile intentions and objectives of the developer…” before giving a warning to families.

“Games like this can poison the minds of the youth and young adults about their country by means of false and distorted information, and also damage their spirits,” he said.

"After the censorship people started ripping the game from Torrent sites within Iran -- and official notices were going out and shutting these sites down,” Khonsari says. “[And] any physical copies being sold on the streets are being closely monitored by police who are enforcing that no shop or private vendor should be selling it or they will be shut down.”

However, Khonsari's company has found another way to get the game to the people Iran -- an updated version of "1979" will be released for Apple iOS devices on June 16 via the App Store.

"The game will be a lot easier for people to get on their phone of tablet because [the App Store] is something that cannot be blocked,” says Khonsari.