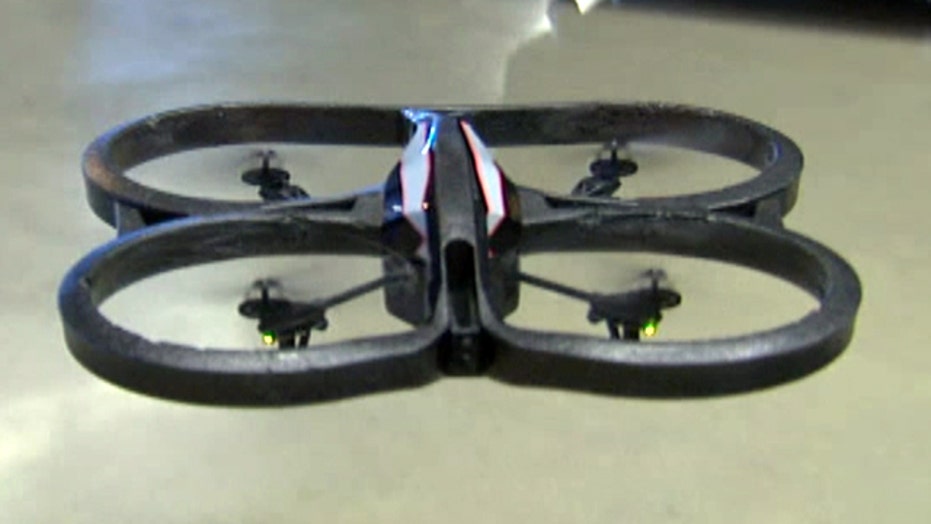 ATLANTA – As the largest engineering class in U.S. history graduates from the Georgia Institute of Technology this month, some of their class projects may improve, and even save, lives out in the real world.

Outside the main entrance to Georgia Tech’s Capstone Design Expo, a student in military camouflage gear demonstrates “HemoHalt.” The system of straps can apply up to 300 pounds of pressure and stop an injured soldier’s bleeding 50 percent faster than conventional methods used in combat, according to Min Young Chung, a sophomore assisting one of the senior design teams.

“I really hope that it will save a lot of lives,” Chung said.

Inside the exposition hall, a small electric drone flies around, beaming three-dimensional video to a controller’s goggles. The drone follows the controller’s head movements, giving him the illusion of flying. But Will Hendry, a senior majoring in biomedical engineering, envisions the drone as a way to give virtual mobility to people suffering from paralysis.

“What you’ll be able to do is have someone who’s a C4 quadriplegic, who really only has limited head motion, fly the drone around,” Hendry said.

Following graduation, Hendry’s team plans to test the drone with a quadriplegic in California.

“He has a vineyard in his backyard,” Hendry said. “He wants to be able to see that whenever he wants… And he can go outside and fly around and inspect his vineyard and have fun.”

“Fun” is a common term among many of the senior design teams. One group used an electric go-kart to test ways of giving wheelchairs and scooters the same ability as full-size electric and hybrid cars to charge their batteries while braking.

“Our team name is ‘EV Energy Reclamation,’ which doesn’t quite roll off the tongue,” said Mary Sherman, a senior. “So really it’s just our electric go-kart, our best friend for the past semester.”

Even inventions for leisure have practical applications. One team developed a device that chills fine wine to its ideal temperature while it’s being poured.

“Currently, if you want to get an expensive wine, you have to buy it by the bottle,” explained Jesse Pena, a senior. “Red wine should be served between 62 and 64 degrees F. When you get wines by the glass, they’re served at 72 degrees F, because they are served from the bar.”

Pena predicts his team’s device will enable restaurants to offer fine wines by the glass.

“Now you can try that expensive wine without having to get the entire bottle,” Pena said. “And then the merchants can sell more of their wine now. And so everyone’s happy.”