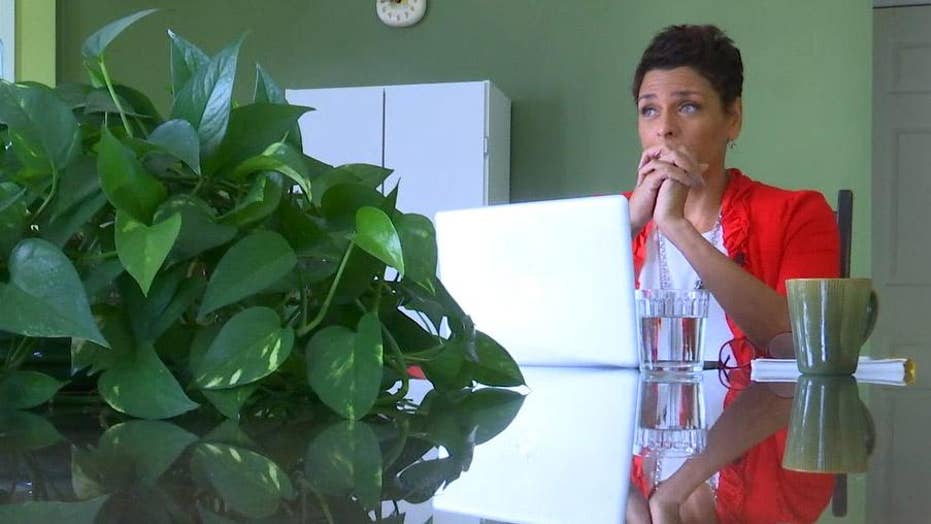 Darieth Chisolm was moving on from a year-long relationship when she got a chilling message from her ex last year.

“He said to me: ‘I will shoot you in your head and stab you in your heart if I don’t come back to the relationship. And if he wouldn’t do it he would find someone that would,” Chisolm, the founder of “50 Shades of Silence,” told Fox News.

She grew frustrated because, for months, there was nothing she could do about it. A new app and search engine aims to help women like Chisolm by helping them find all their images on the web – and, in some instances, helping them pull them from the Internet.

“The quicker you can get the photos, the content, the harassing memes, whatever it is removed,” Chisolm said, “obviously, it can spread quickly so you want to move.”

“They (victims) need to be heard,” Hagege said. “They need to get the justice they deserve.” (Fox News)

The app, FacePinPoint, launched three months ago and claims to be the first of its kind. It uses facial recognition technology to track down a victim’s intimate photos and videos online.

Chisolm said the site, which she did not use but endorses, is designed to give a voice to victims of cyber harassment and other online crimes. And, she added, it helps victims trace content they may not know existed.

In Chisolm’s case, she said she reached out to GoDaddy.com, the webhosting company where the images were displayed, but the company said she had to get a court order to have them removed. Months later, she is still in court.

"If we can independently confirm a violation of our terms of service we will take action," Godaddy.com representative Nick Fully told Fox News. "However, this is not often the case, such that we rely on due process afforded by the courts to dictate the appropriate course of action."

Many sites require the original photo in order to have it removed, making it difficult for victims to have them removed if they did not take or have access to the photo. FacePinPoint uses a profile picture that clearly shows the victims face to find the explicit content.

“FacePinPoint is the best insurance to make sure your content is not online and if it is online, then you’re going to find it before someone that you know is going to use that to jeopardize your reputation,” FacePinPoint Founder Lionel Hagege told Fox News.

Once the user's identity has been confirmed – using photos and metrics – the website uses facial recognition to search for inappropriate images.

‘When we find those naked pictures, we store the face,” Hagege said. “We store them in our database and after, as a user, you just have to visit FacePinPoint.com.”

Hagege says facial recognition is very accurate unless there is excessive weight gain or loss.

“We measure the distance between your eyes, your nose, your forehead, everything. So, basically we not looking for your face, we are looking for the measures of your face,” Hagege said. “…if it’s like a couple pounds it will work fine.”

Hagege says if there is a match, the customer will get results in their user interface and a link where they can locate the photos online.

Archie Agarwal, CEO of ThreatModeler, a cybersecurity firm, said regardless, finding the images is easy – it's taking them down from the web that is difficult.

“In my opinion, this type of service may not be worth using because it is unclear how accurate it will be and in the end, it’s not finding the images that is the problem, it’s getting the sites to take them down,” Agarwal said.