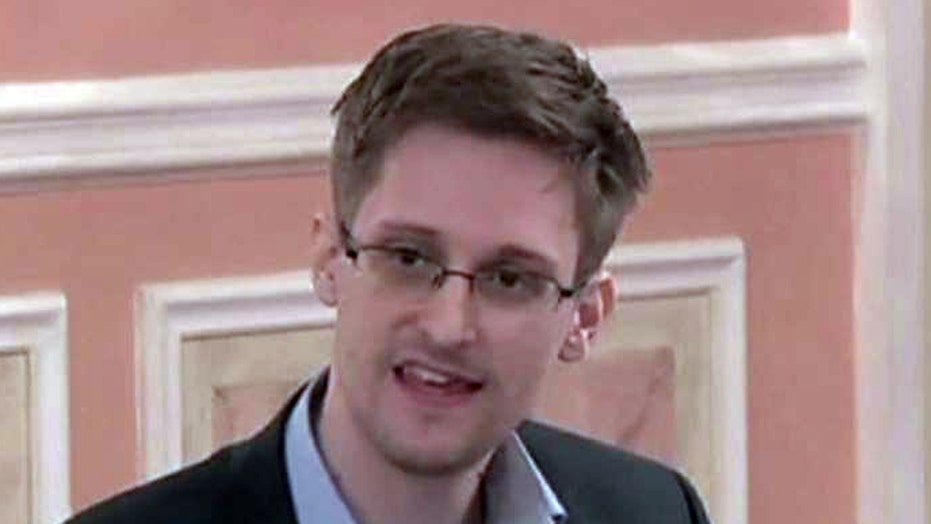 Steve Wozniak, Apple’s co-founder, and Jimmy Wales, the founder of Wikipedia, have listed their names in support of a presidential pardon for the whistleblower, joining the likes of George Soros, as well as actors like Daniel Radcliffe and Susan Sarandon. The full list of supporters’ names can be seen on a new website, PardonSnowden.org.

The campaign— which calls on Obama to pardon Snowden while he’s still in office— is spearheaded by the ACLU, Human Rights Watch, and Amnesty International. Snowden himself appeared via video link from Russia, where he lives, at the press conference.

Anthony Romero, the national director of the ACLU, said that a presidential pardon of Snowden would be good for the United States; he acknowledged that Snowden did break the law but that there were “mitigating circumstances” that tilt the scales of justice away from punishment.

“Edward Snowden’s case presents one for President Obama to use the presidential power of pardon proudly and unequivocally, in recognition of one of the most important acts of whistleblowing in modern history,” Romero said. “By standing up for the privacy rights of his fellow citizens— individuals who had no idea that the government had assumed such extraordinary and invasive powers in secret— Edward Snowden should be thanked, and not punished.”

“We’ve seen tech companies over the last several years enact significant encryption programs that protect the privacy rights of their customers,” he added.

“I’d like to applaud the technologists, our scientists and leaders who, since the history of mass surveillance broke, have sought to resist this new and accelerating trend of overreach into our private lives,” Snowden said, adding: “Reliable uncompromised encryption is our only effective means for keeping our lights on and our roads open.”

While Romero and others called for Snowden to be pardoned before Obama leaves office, during questions from the media, Snowden resisted directly asking to be pardoned himself.

“I wouldn’t presume to instruct or direct the president in any way,” Snowden said, when asked what he’d like President Obama to do. “As I’ve said before, this is not a question that’s for me to answer.”

Snowden concluded by emphasizing that he gave the documents he leaked to journalists, who made the editorial decision of what to publish, and reiterated that the decision of whether or not he is pardoned is not his to make.

“I do not myself ask for pardon and I never will,” he said.