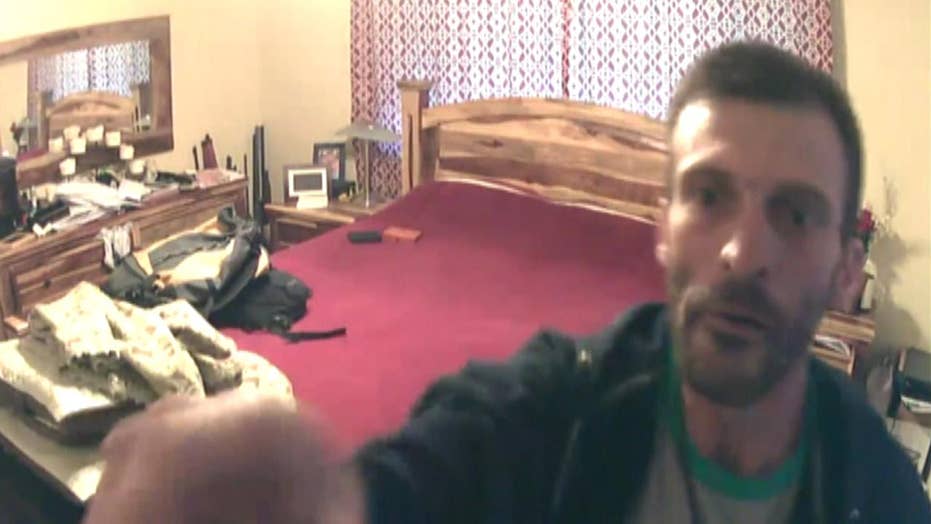 Smile for the camera! Suspect caught on home surveillance

A burglar was caught on camera rummaging through a woman’s bedroom in footage that could help police him track down.

HOW TECHNOLOGY IS HELPING CATCH NIGHTTIME POACHERS IN AFRICA

The family has cameras set up in their living room and bedroom, which Johnson’s husband checked. Footage from the bedroom cam provides the clearest images of the burglar. In eight minutes of video, the suspect can be seen going through a nightstand, a dresser and checking underneath the bed. He also walks over to where the camera is located, providing a clear view of his face.

The man took a number of items, including her husband’s loaded handgun, according to Emily. “A lot of expensive jewelry, he took cologne, he took my daughter’s medallions that she had earned and my son’s rings – his grandpa passed away last year,” she told Fox 13.

Johnson reported the burglary to police and then posted the video to Facebook. She was contacted by a woman who claimed to know the suspect’s identity. The woman, who said she is the burglar’s sister, met with Johnson and apologized for the burglary, adding that her brother is addicted to drugs.

The woman gave a statement to police, according to Johnson.

Ogden Police have confirmed that they are investigating the case.