Steube: GOP, Dems might be able to compromise on efforts to curb Big Tech power

Steube's legislation, called the Curbing Abuse and Saving Expression in Technology Act, would reform the controversial Section 230 of the Communications Decency Act, which provides protections for social media platforms against responsibility for their users' content.

Conservatives have pointed to decisions like Twitter's censorship of a New York Post story about Hunter Biden and the effort to de-platform right-leaning social media site Parler as examples of coordinated censorship by liberal tech giants.

REP. GREG STEUBE: It applies that market dominance test, and if you are dominant in the marketplace, then you have to abide by the First Amendment rights of Americans. And if you cede members' and others' First Amendment rights to free speech, then it creates a private right of cause of action for say, the New York Post, when they shut down that article about Hunter Biden, or businesses or individuals who are censored, to have a private right of cause of action against that company in court ... If they are acting like newspapers and acting like Fox News or others and editorializing content, they shouldn't have liability protection... 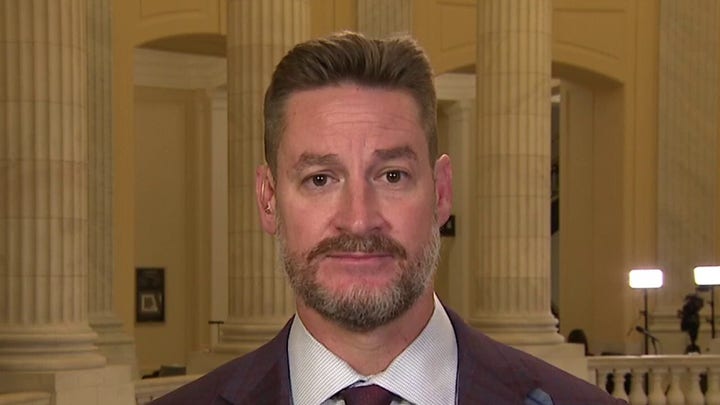 [Democrats] approach was break up these big companies like Facebook and Twitter and Google and Apple and not look at it from a Section 230 perspective ... I'm hopeful that this is actually something where Republicans and Democrats can agree, and if we disagree with the way and nature in which we can go after them, maybe there can be some compromise there so we can the American people some justice here...

You heard Jack Dorsey in a congressional hearing say, 'Oh, it was a mistake to censor the Hunter Biden story.' It wasn't a mistake. It was a calculated decision that they made knowing full well that they have liability protection. There's nothing that anyone can do about it.