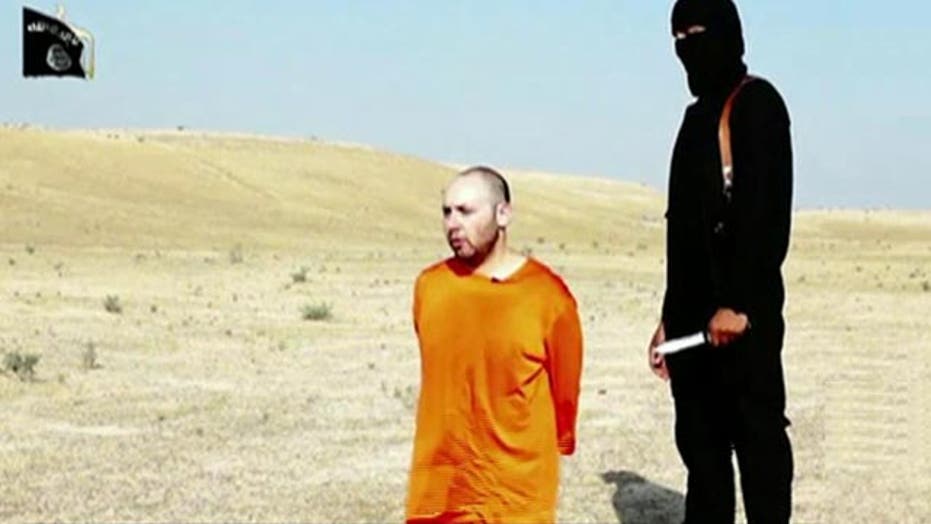 PARIS – Tech companies were better prepared to scrub the Web after a second grisly video showing the beheading of an American journalist by Islamic State militants was released, a Silicon Valley insider said Wednesday.

Video showing the death of James Foley last month ricocheted through social networks in what many feared was a propaganda coup for the extremists after the original was uploaded onto YouTube. The tech official said a video on Tuesday showing another beheading — of American journalist Steven Sotloff — was first uploaded onto a different website and quickly deleted when copied onto YouTube, slowing the spread of posts linking to it. According to the terms of service for many social media companies, the posting of threats and gratuitously violent content is cause for suspension. In addition, Facebook's policy allows people to deactivate accounts of a family member who is incapacitated.

The official, who spoke only on condition of anonymity because companies are grappling with increasing pressure to impose more censorship on the Web, would not say whether the developments came at the request of governments or ordinary users.

But after Foley's death, "platforms were better prepared for it this time around," the official said, adding that tech companies are trying to force out the Islamic State group "platform by platform."

Even on Diaspora, a decentralized social network that does not exert centralized control over content, Islamic State militants are now often greeted with banners saying they are unwelcome. But they will find newly sophisticated ways to get a message out, said Jamie Bartlett of the Demos think tank in London.

Dwayne Melancon, chief technology officer at Tripwire, a Portland, Oregon-based cybersecurity firm, said videos have often already been "harvested" by users that download them and then repost the material on other sites.

"This is the proverbial 'the cat is out of the bag' problem we see all the time on the Internet. While you may be able to deal with the original sources of content, you're almost always dealing with multiple sources - many of whom will not listen to any request to 'scrub' the video from their sites," he said.

Family Online Safety Institute CEO Stephen Balkam, who serves on Facebook's safety advisory board, said that when videos and photos are posted with the purpose of condemning violence, they are sometimes allowed to remain posted. But last year when beheading videos involving Mexican drug cartels were posted, it was obvious they were there to intimidate and they were pulled.

Balkam said many have gone online to condemn the Sotloff execution video and warn others not to look at it.

"It's been very interesting, with this second beheading, how very little of those images have been passed around," he said. "It's very difficult to find them unless you know of some darker places on the web."