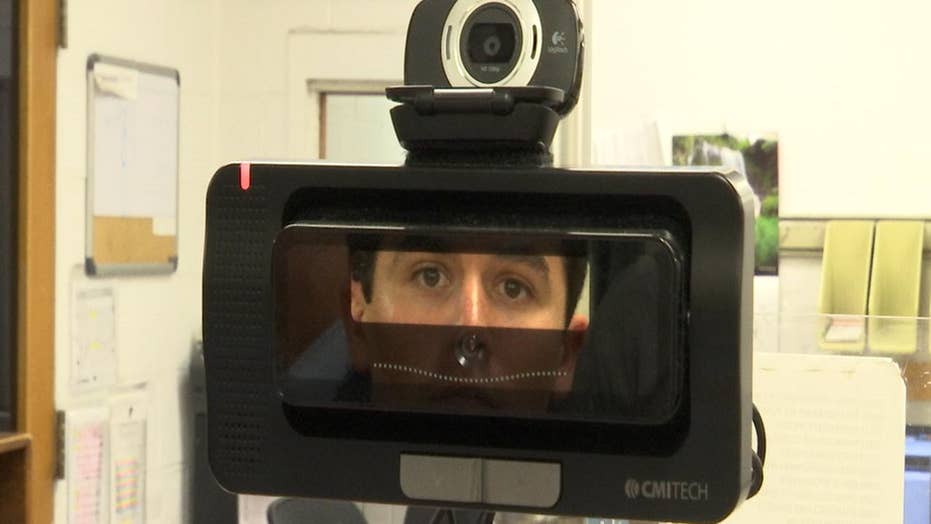 31 jurisdictions along the southern border will begin using IRIS, a device that takes a picture of an inmate’s iris. Supporters say it’s more accurate than a fingerprint

Criminals and illegal immigrants who get booked into jail along the southwest border will soon have one less way to hide their identity. Their eyes will be photographed with the Inmate Recognition and Identification System (IRIS). The device takes a picture of their iris, which according to police, is more accurate than a fingerprint.

El Paso became the first jurisdiction both in Texas and along the southwest border to receive the technology Friday. Sean Mullin, CEO of BI2 Technologies, who creates IRIS said it will be in every jurisdiction in the Southwest Border Sheriff’s Association by the end of the year. That makes up 31 jurisdictions between Brownsville, Texas and San Diego.

Cameron County on the southeast tip of Texas will receive IRIS in the next two weeks and Val Verde County will get on board soon after, according to Larry Guerra, Executive Director for the Texas and South West Border Sheriff’s Coalition.

According to multiple law enforcement officials, IRIS could have an impact on the fight against illegal crossings. Illegal immigrants, like other criminals, often use aliases to disguise their true identity and prevent law enforcement from learning they’ve already been captured.

The El Paso County Jail brings in a little over 30 thousand inmates a year, 16 percent of which are inmates held for the Border Patrol and ICE according to El Paso Sheriff Richard Wiles.

“With this technology you’ll be able to identify the individual under whatever name he wants to use at the time. Whether it’s immigration or any type of violation,” said Guerra. “It’s not uncommon for somebody to use a different name.”

THIS SMART MANNEQUIN AIMS TO IMPROVE PAT-DOWN PROCEDURES AT AIRPORTS

“They’ll try to avoid detection with different fraudulently obtained identification and different identities. This system stops that in its tracks,” said Mullin.

He added in the last year, over 14,000 inmates who were scanned in one jurisdiction, were arrested again in another jurisdiction and identified using their iris.

The fingerprint process can take up to four hours to check local, state and federal databases. It takes less than 20 seconds for IRIS to get a match, according to Wiles. In addition, fingerprints can come back with multiple potential matches, IRIS comes back with one.

The IRIS system was first built about ten years ago and scanned its one millionth eyeball last week.

The jail scanner is set up with a computer. The process starts as an inmate walks up to the camera, looks in a small mirror and the device takes a picture of the eyes. Then it searches the national database. If the inmate has been scanned before, it displays their information, if not, the information can be added.

In addition to the jail scanner, there is also a mobile application that can be connected to a smartphone. This allows officers to search for a suspect and their aliases while remotely connected to a database. The device can also take fingerprints, iris and facial pictures.

While the iris is more accurate than a fingerprint, it will not replace a fingerprint according to Mullin. Unlike fingerprints, criminals do not leave an iris print at the scene of a crime, so it has little forensic value.

Wiles said although the IRIS could be cheaper and quicker, there will likely always be a need for fingerprints.

“We would still have to maintain the fingerprints, but I don’t think we would have to go to those for an identification.”