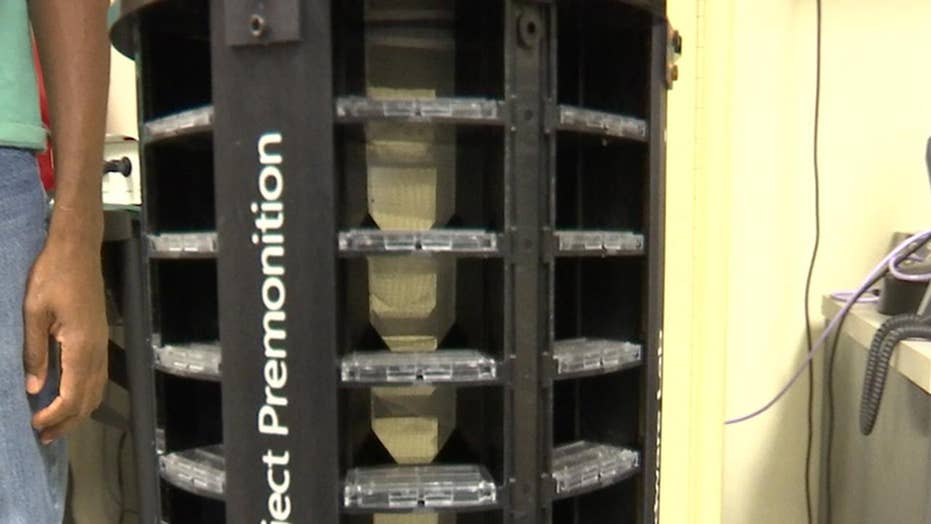 A smart mosquito trap developed by Microsoft only catches disease-spreading mosquitos by sensing their wing length and wing beats per second.

Doctors hope a mosquito trap will prevent the spread of disease. The trap is smart enough to know what type of mosquito it’s trapping, and if by the small chance it catches the wrong one, it will learn from its mistake.

The smart trap senses the wing length and wing beats to detect what type of mosquito has entered the chamber.  If it’s the type of mosquito the scientists are looking for – the kind spreading fatal diseases – the chamber will close and trap the mosquito inside.

“If we want the Aedes Aegypti, which is the yellow fever mosquito, or the Asian Tiger Mosquito, that carries Zika virus, we will train this trap to only catch those mosquitos,” said Dr. Mustapha Debboun, director of Harris County Public Health’s mosquito control division.

Harris County includes Houston, Texas, which was devastated by Hurricane Harvey. After the storm, Debboun and his team worked to set traps around the county to determine whether the stagnant water left by the storm became a breeding ground for mosquitos and if the mosquitos were carrying diseases. Harris County is a test site for the high-tech device, becoming the first government agency in the country to try it out.

The trap was developed by Microsoft as part of Project Premonition. It’s designed to help entomologists perform their job faster. In turn, the trap should help create an “early-warning system” for outbreaks that allows doctors to catch diseases while they’re still in the field, instead of catching them when sick patients start filling up hospitals.

“This is not going to solve the Zika issue or the Dengue issue or the chikungunya issue. But hopefully, what this project will do is enhance our ability to detect them,” said Douglas Norris, a professor at Johns Hopkins Bloomberg School of Public Health, in a statement.

GENE EDITING ABOUT TO GET A LOT MORE POWERFUL

Debboun said current traps can capture thousands of mosquitos but will only catch a few disease-carrying ones. The rest are what he calls “nuisance” mosquitos that don’t do any harm.

“In this case, the trap will only catch or attract only the ones that we need to study in public health,” said Debboun.

Debboun said the trap can tell him important information about when the mosquito was trapped, like the temperature, atmospheric pressure, and humidity. When the county uses other traps, that information is an educated guess.

The trap connects to an app that scientists in the field can use to view the information collected and know when all 64 cells on the trap have a mosquito inside.

After the trap is filled, scientists can take the mosquitos back to the lab for testing. The mosquitos coming out of the trap are typically in very good condition and can be subject to better analysis than mosquitos that can be disfigured after coming out of other traps.

The information they collect from the mosquitos and the trap will help them make decisions about how they’ll use their resources to control the mosquito population.

“In a county with this size and scope, we don’t have the resources to just cover the county and spray, spray, spray,” said Les Becker, the deputy director and director of operations for Harris County Public Health, in a statement. “We’ve got to figure out how to do it as efficiently as possible.”