X-ray view of Adrian Vanson's portrait of Sir John Maitland that shows the ghostly outline of a hidden portrait of Mary, Queen of Scots (courtesy National Galleries of Scotland).

Experts have discovered a secret portrait of Mary, Queen of Scots, that has been hidden for centuries — beneath another painting.

X-ray technology was used to reveal the ghostly unfinished portrait of the Scottish Queen, who reigned from 1542 to 1567. Convicted of treason against Queen Elizabeth I of England, she was beheaded at Fotheringay Castle in England in 1587.

Mary’s hidden portrait was discovered by Dr. Caroline Rae, a research fellow at the Courtauld Institute of Art in London. Working with National Galleries of Scotland, Rae examined the painting using x-ray technology, which penetrates layers of paint but does not penetrate pigments containing heavy metals such as lead white, a white pigment that was used in paintings of that time.

The x-ray reveals the shadowy outline of a woman, who experts believe is Mary, Queen of Scots, based on other depictions of the controversial queen.

After abdicating the Scottish throne amid suspicions that she was implicated in her husband’s murder, Mary was imprisoned from 1568 until her death by her cousin Elizabeth I, who perceived her as a threat.

In a statement, Rae described the discovery of the hidden portrait as an “exciting revelation.”

Vanson’s portrait of Sir John Maitland usually hangs in Ham House, near London, but is part of a new display that opens Oct. 28 at the Scottish National Portrait Gallery in Edinburgh. 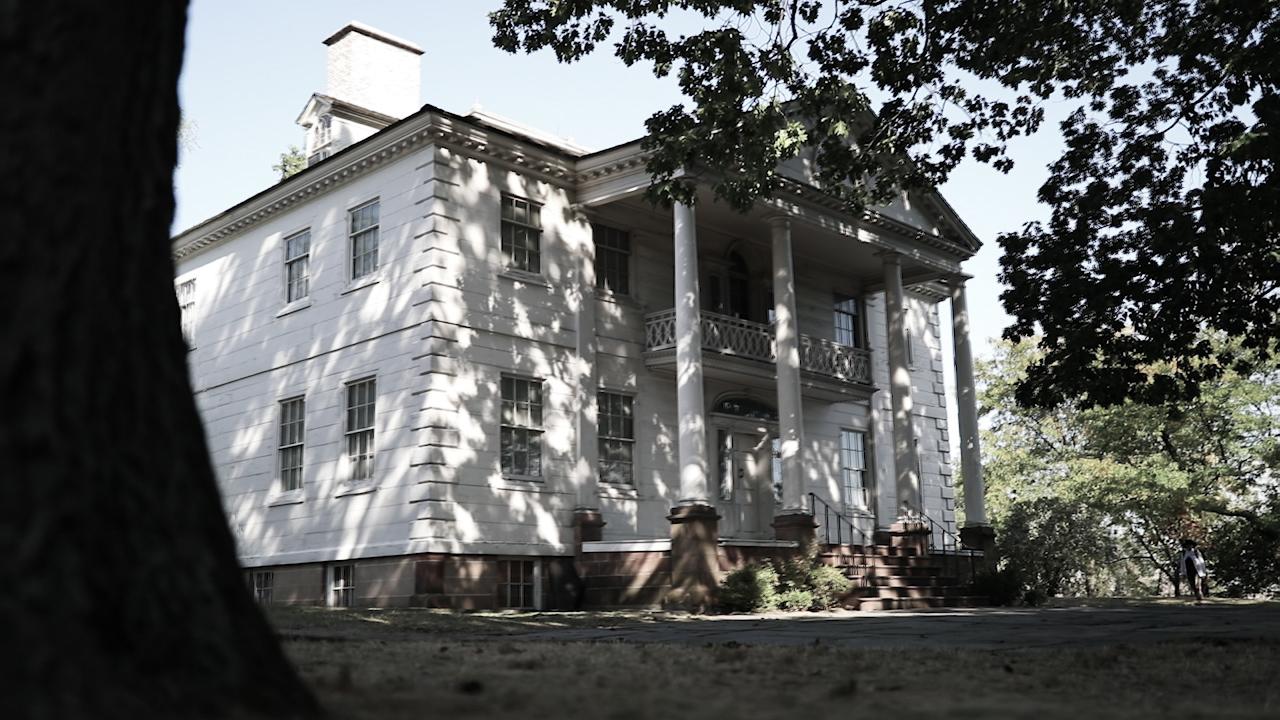 Some of New York City’s historic buildings are reputed to be haunted. Hear tales of some their earliest occupants who paranormal enthusiasts say linger on.

The fact that Mary’s portrait was painted over with a portrait of Sir John Maitland just two years after her execution may reflect someone’s desire to distance themselves from the Scottish queen.

“Vanson’s portrait of Sir John Maitland is an important picture in the National Trust collection, and the remarkable discovery of the unfinished portrait of Mary, Queen of Scots adds an exciting hidden dimension to it,” said David Taylor, curator of pictures and sculpture at the National Trust, which owns Ham House. “It shows that portraits of the queen were being copied and presumably displayed in Scotland around the time of her execution, a highly contentious and potentially dangerous thing to be seen doing.”

The portrait discovery is just the latest fascinating find to shed new light on Scotland’s rich history. Earlier this year, for example, experts announced the discovery of a rare Roman coin on a remote island in the Orkney archipelago. Archaeologists and volunteers also found the location of a long-lost early medieval kingdom in southern Scotland.