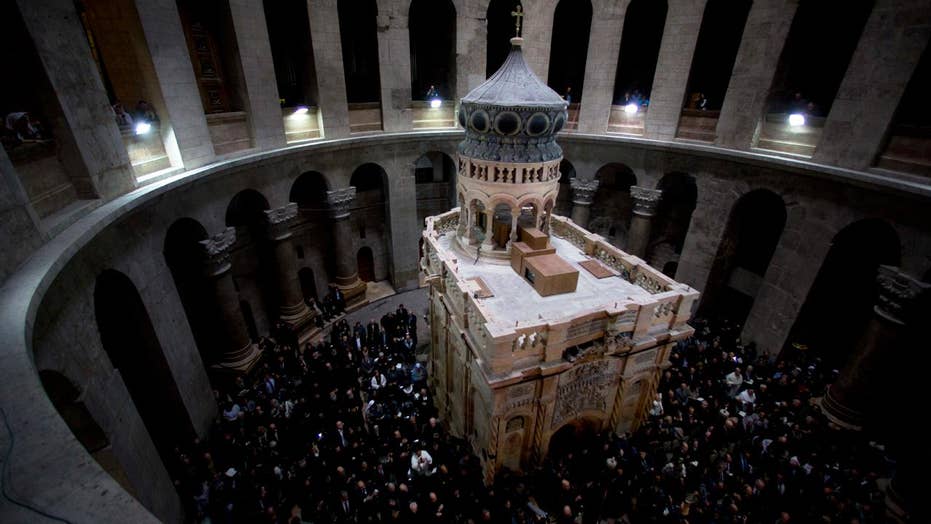 Few places are more holy to Christians than what's thought to be Christ's tomb in Jerusalem, but scientists are now warning that there's a "very real risk" of collapse at the site.

Researchers from the National Technical University of Athens say the Edicule, a shrine that encloses the cave where the faithful believe Jesus was buried and resurrected, faces "catastrophic" collapse if issues aren't remedied soon, National Geographic reports.

The Edicule itself is inside the Church of the Holy Sepulchre. Scientists discovered the decaying foundation—which they say is further destabilized by the fact that it's built on rubble and atop a network of tunnels and channels—during a months-long, $4 million restoration project that was unveiled earlier this week.

"This is a complete transformation of the monument," Bonnie Burnham, an ex-chief for the World Monuments Fund, said Monday at the unveiling, per the AP.

During the renovation, however, extensive structural problems were uncovered by camera bots and ground-penetrating radar. The general instability of the site has been known for almost a hundred years, but varying Christian sects have been fighting over who has custody of the site and didn't come to a restoration agreement until March 2016.

What the NTUA says is needed now: a new $6.5 million project that could take close to another year as workers grout rotting mortar and install sewage and rainwater drainage systems around the shrine.

(In Scotland, archaeologists are trying to find the long-lost tomb of a king.)