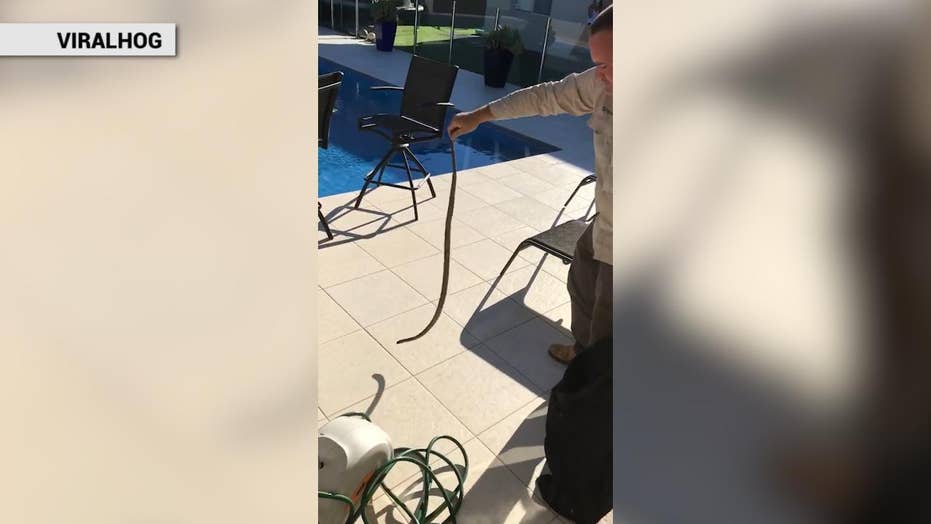 A couple in Australia got a terrifying surprise when they found one of the world's deadliest snakes lurking inside a garden hose reel.

An Australian couple got a terrifying surprise recently when they found one of the world’s deadliest snakes lurking inside a garden hose reel.

The eastern brown snake, which is the second deadliest snake species in the world, was taking a nap inside the hose reel when it was discovered on Sunday, according to News.com.au. The couple in the Adelaide suburb of Darlington who made the startling find called in an expert to deal with the killer snake.

“A couple from Darlington were extremely surprised to find out this Brownie was the reason why their hose wouldn't retract!!!” explained Snake Catchers Adelaide, in a Facebook post. A video accompanying the post shows a snake catcher forcing the snake out of the reel with a rod and catching it by its tail as it attempts to slither away. He then carefully places the struggling snake, which appears to be about four feet long, into a black bag.

The video, which has been viewed 56,000 times, sparked plenty of comment on Facebook. “I would just walk out the door and call a real estate agent and buy an apartment,” wrote one horrified commenter. “I would have a heart attack if this was in my back yard,” added another.

Some people also wondered whether any deadly snakes were lurking in the hose reels in their own gardens. “Ummmmm mines not retracting properly,” wrote one commenter.

News.com.au reports that the breeding season for eastern brown snakes is coming to an end, and warns that there could be a surge in the venomous reptiles as their eggs hatch during the coming weeks.