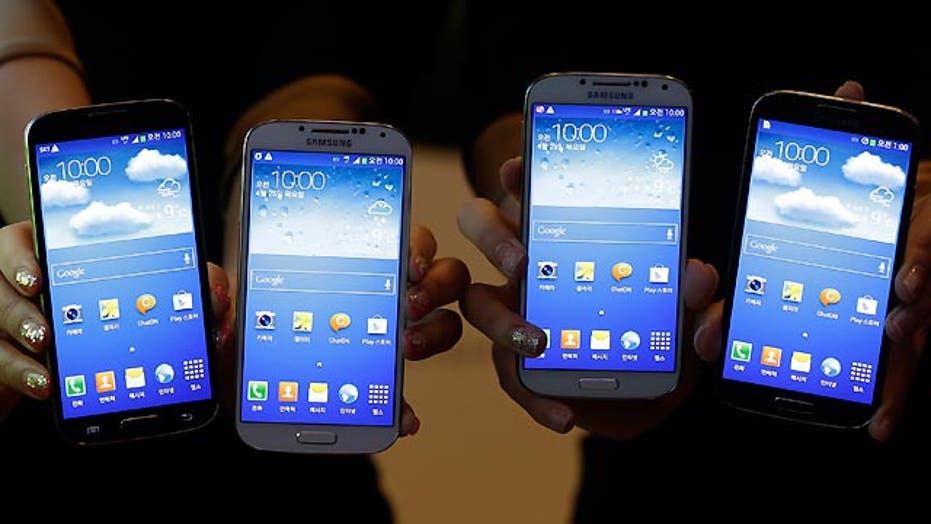 Hands on with the Samsung Galaxy S4

With more features than Batman’s belt has gadgets, the do-anything Samsung Galaxy S4 is an elegant, powerful smartphone as likely to confound as it is to amaze.

The flagship in Samsung’s lineup and easily one of the best Android phones on the market, the Galaxy S4 can tell where you’re looking (and turn the page for you), translate over a dozen languages in real time, make you a pro photographer, help you lose weight, and more.

And to support so many features, this phone has menus and buttons galore. Indeed, it has so many menus, it’s menus actually have their own menus.

Samsung has thrown so many features into its new phone that the company actually bakes in an “Easy mode” that simplifies the interface down to a handful of easy to read items. You can turn the world’s smartest phone into the world’s dumbest, in other words.

While the simplicity of such a mode is likely to be a godsend for new smartphone users and those flustered by features -- I found it to be a breath of fresh air -- those willing to dive into the deep end of the feature pool will be rewarded with some impressively powerful tools that the company has made clear efforts to make intuitive.

And it has more tools than a carpenter, thanks to the most powerful hardware you’ll find on the market today. The 5-inch screen takes up most of the 5.38-inch phones frame, and will dazzle you. While enormous, the body is thin and fits pleasingly into the average palm. Some may prefer the iPhone’s all-aluminum body, but plastic is fine with me: It’s durable, lightweight, and knocks a few bucks off the cost.

A 13-megapixel camera (how big is your standalone digital device?) and some wonderful software are a clear standout feature. A new mode menu brings up a carousel with simple terms for a variety of different modes: Sports, Panorama, Night, Animated photo, Best face, and so on. Select one and a message pops up telling you just what it does (“Select the best picture of each person from 5 consecutive pictures to get the best merged group picture.”)

And, of course, there are options galore.

Can’t get Junior to sit still with you long enough for a nice photo? You can use the front and rear cameras at the same time to add yourself to the shot, in a variety of styles.

Want to get artistic? Take a series of pictures as your child takes the winning shot on goal or dismounts the balance beam -- the resulting image shows a static background with 4 or 5 sequential action shots. Or erase passers-by from a crowded setting; shots from that last Disney vacation never looked so good.

Grab a Galaxy S4 and the phone will likely be the best point-and-shoot digital camera you’ve ever owned.

S Translator is another powerful tool, one very similar to the Google Translate app. It can translate speech to and from a variety of languages in more or less real time, as long as you’re online of course. It can do the same for text, and ties into the email app.

S Health is another promising bit of innovation. This tool helps you set and keep fitness goals, count your footsteps and more. Look for more details about this, as well as an array of accessories such as heart rate monitors and pedometers, in May.

Many of the science-fiction features in this phone are more likely to frustrated and irritate than simplify life, however. An eye tracking feature meant to automatically scroll the page for you didn’t work well in testing, and getting back into the menu to disable it was an exercise in annoyance: Samsung has added a submenu to the row of status icons atop a standard Android phone to control its myriad features. But which of the 19 icons and catchy names controls this scrolling thing? I’ve got no idea.

Air Gesture is likewise a fascinating piece of tech you’ll never need. Thanks to yet another sensor on the front of the phone, you can page through emails, photos, and webpages by passing your hand over the phone. But why would you?  Air view, which shows information when you hover a finger over the screen, is somewhat more useful. You can see the contents of an email by hovering over it, or details on the day’s events -- or you could just open the email or calendar item, of course.

The features list goes on from there, ad nauseum. Multiple people can play the same tune simultaneously, for a surround effect. (This was impossible to test, of course, but sure seems gratuitous.) An integrated infrared camera lets you control your TV with the phone. S Note is Samsung’s integrated memo pad. Etc. and etc.

All these features, cameras and sensors tax even this phone’s giant 2,600-mAh battery. Turn off those you aren’t using and you’ll get a surprisingly reasonable battery life. And the promise of countless apps to play with mean this phone is likely to keep entertaining you for weeks to come.

Just take a minute to watch where you’re walking, ok?