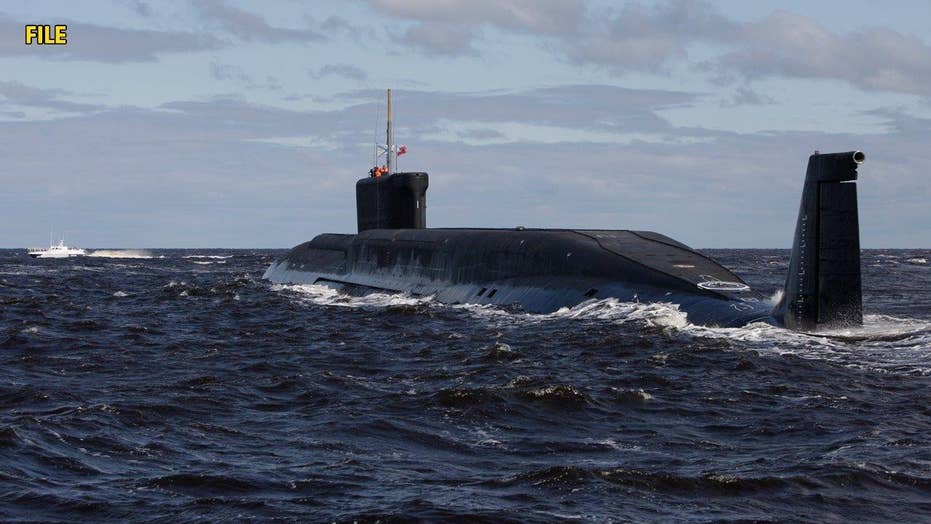 Tech Take: Allison Barrie on Russia's unveiling of the new Kazan submarine which the country is touting as its most powerful sub... EVER

Has Russia created the most powerful nuclear submarine in the world? Silent. Stealthy. Lethal.

Russia recently unveiled the Kazan, a new Yasen-class nuclear attack submarine that can destroy subs, surface ships and even entire bases. The country is touting the Kazan as its most powerful sub … EVER.

The launch of the sub was held in northern Russia at the Sevmash shipyard in Severodvinsk. Russia released the details through its state news agency TASS.

Russia plans to have seven of these powerful submarines in play within 6 years.  The attack subs will join 6 new stealth submarines in the fleet, nicknamed “black holes” because they are so hard to detect.

It is expected that the Kazan can strike targets 1,500 miles away and conduct missions for 100 days carrying a crew of approximately 90 sailors.

What kind of weapons does it carry?

The Kazan sub can carry 300 torpedoes. Each of the ten 533mm torpedo tubes has an ammunition load of 30.

In addition, the sub will carry eight Oniks and Kalibr cruise missiles.

A NEW COMBAT VEHICLE THAT SWIMS FOR THE MARINE CORPS

These long-range Kalibr cruise missiles were deployed for the first time in combat during the Russian campaign in Syria, according to Russian officials. In November 2015, the Russian Defence Ministry released footage described as the Rostov-on-Don diesel-electric stealth submarine firing missiles at targets in the country.

Kalibrs are said to be able to hit sea targets about 220 miles away and ground targets more than 1,500 miles away. Russia has said that the missiles are so precise that they will hit a target within about 10 feet.

To put that into context, this submarine could be stealthily submerged in the waters between Greenland and Canada. From there, it could theoretically launch a Kalibr missile that would be able to reach and strike New York City.

U.S. submarines use powerful Tomahawk missiles that have a similar range.

The sub can travel at speeds of up to about 31 knots and can reach depths of around 2,000 feet below the surface.

The submarine is nuclear powered and harnesses 43,000 horsepower from a single-shaft steam turbine nuclear power unit.

What can subs be used for?

Submarines are potent weapons in a nation’s arsenal. They can be used for attacks against enemy subs, ships and assets on the ground, as well as in the air. These stealthy state-of-the art weapons can also be harnessed for other missions, such as surveillance.

In fact, they are even used to carry, and stealthily insert, special operations teams into hostile areas in a covert way.

Listen to a Navy SEAL explain what it is like inside a submarine on missions and reveal how submarines shoot them out of torpedo tubes.

And subs are a platform for nuclear weapons.

A number of recent international submarine scuffles have made it into the public domain.

In November 2015, a Russian sub was spotted off the coast of Scotland and the RAF scrambled in response.

In another example, the following year Russia claimed a Dutch sub was spying in the Mediterranean and that two of its ships had chased it away.

The Arctic is one area where submarine scuffles will likely intensify. A race to control the Arctic has already been long underway with Russia building up its forces there.

Submarines will continue to play a fundamental role in Russia’s strategic objectives there. Russian officials have not been shy about making statements on how more subs will be joining the fleet in the area.

Why are things escalating under the water there?

As the ice melts and recedes it opens up opportunities. For example, a faster shipping route between Europe and Asia could open up. And of course, there will be newly accessible, significant natural resources like oil and gas. These are just two massively lucrative and motivating factors.

The U.S. has a formidable submarine fleet that includes attack submarines, ballistic missile submarines and guided missile submarines.  The Navy deploys three classes of attack subs: the Los Angeles, Seawolf and Virginia. All of these subs can perform a range of missions from surveillance through to striking a target from a great distance with Tomahawk cruise missiles.