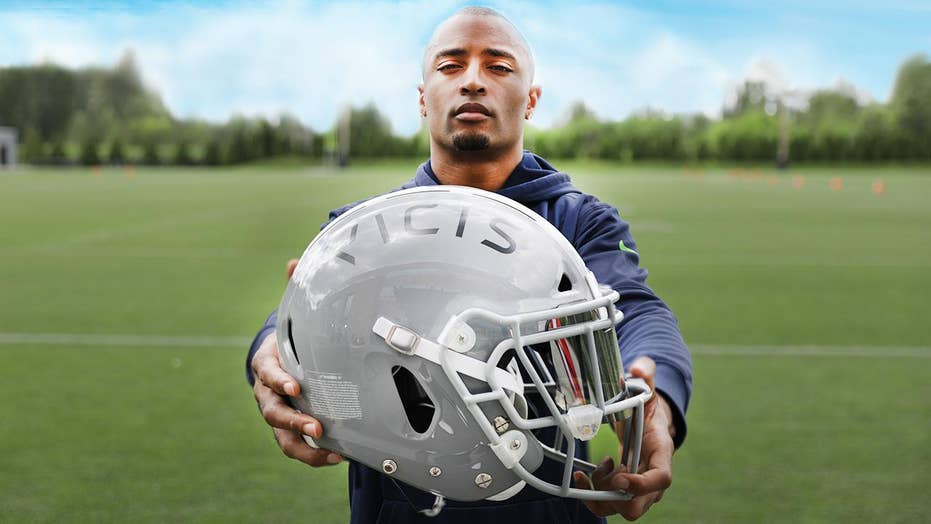 For more than half a century, football helmets have done a great job of preventing skull fractures, but they’ve been ineffective when it came to preventing concussions and protecting the brain. They just weren’t meant to do that.

But now there’s a new helmet that’s been designed to protect not only the skull, but what’s inside it.

It’s called the Zero1 and it’s ranked No. 1 on the NFL/NFLPA 2017 Helmet Laboratory Testing Performance Results. VICIS, the Seattle-based sports equipment company that makes the Zero1, says 25 of the NFL's 32 teams bought the helmets before spring practice, and the company hopes many NFL players — and players on at least 20 NCAA teams — will be wearing them during the upcoming season.

Doug Baldwin, a wide receiver for the Seattle Seahawks who is working with VICIS, said participation in football nationwide has diminished because of fear of concussions and their link to chronic traumatic encephalopathy (CTE) — but the Zero1 helmet should change all that.

"We take significant hits on the football field. Football is a violent collision sport," Baldwin said. "A product like this can give you that confidence of safety. It can boost your performance. I think it's going to save the game."

Dave Marver, VICIS’ co-founder and CEO, said the Zero1 has four protective layers that "are designed to work together to provide outstanding fit and mitigate impact forces or slow them before they can reach the head and brain … better than any helmet ever made":

Marver said traditional helmets have a hard outer shell that makes a “crack” sound on impact. The Zero1, on the other hand, goes “thump.”

"The sound of the game is going to change,” Marver said. “It means that players are going to be better protected."

Dr. Sam Browd, a pediatric neurosurgeon and co-founder of VICIS, said no helmet will fully eliminate concussions from football. But he said the Zero1 should prove very effective in reducing them.

Browd teamed up with Marver and VICIS’ chief technology officer, Per Reinhall, to create the Zero1 because he had treated many teenagers who had to quit football because of repetitive head injuries.

"This was sad,” Marver said. “So Sam wanted to do something about that, and he brought Per and me together and we started the company."

A Zero1 helmet costs $1,500, much more than others, "because it's a more sophisticated design," Marver said. Besides the potential to reduce concussions, the helmet provides better peripheral vision, so players can see more of the field and opponents coming at them.

Reinhall said VICIS’ technicians "torture the helmet" extensively, using a linear ram machine and a pendulum that hits the helmet at different speeds to judge its performance in the company's "smash lab."

Browd said a lot of players who have test-driven the helmet, linemen in particular, have said they "don't feel the impact as much" when they are tackled.

"It's really encouraging," he said.

Added Baldwin: "There's a lot of concerns out there amongst parents and adults about their children being safe on the football field. We [have] introduced a piece of equipment that is going to make the game safer, make their youth safer, prolong their careers in the NFL, in high school or college or wherever it may be.

“Then you have something sustainable … that's going to bring back the attention to the fun of the sport, and not necessarily the risks of the sport. It's going to help prevent injuries."