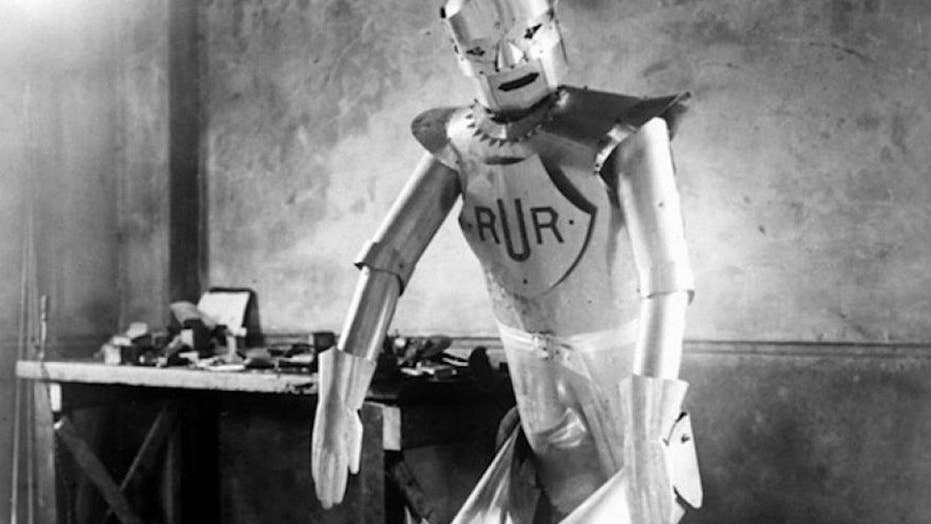 Features & Faces: Eric the Robot was first unveiled in 1928, so he needs a little work

Britain's first robot was a dazzling sight to behold, with broad shoulders, light-bulb eyes and a thick-barreled chest.

On Sept. 20, 1928, Eric, as the robot was named, was unveiled before members of the Society for Model Engineers' annual convention. Weighing more than half a ton and requiring 35,000 volts of electricity, the impressive figure fascinated audiences. Eric then embarked on a tour that took him around the world, and the futuristic bot became an international sensation. But years later, Eric was lost, and his fate remains a mystery.

Now, London's Science Museum is running a Kickstarter campaign in hopes of raising money to rebuild Eric. He will join more than 100 other bots that copy the human form (known as humanoid robots) as part of the museum's upcoming exhibit on robots. [The 6 Strangest Robots Ever Created]

"Eric was everything you'd imagine a robot to be," said Ben Russell, lead curator for the exhibit, which will display robots that were built over the past 500 years. Eric could stand up, look around, sit back down and answer a few simple questions, Russell told Live Science.

Russell is spearheading the effort to bring Eric back to life. With pictures and short video clips, as well as some early design drawings of the robot, Russell is working to rebuild a replica of the famous robot. Enough archival material exists to know what Eric looked like from the outside, but "the challenge is to reverse engineer the inside," Russell said. The curator is teaming up with expert roboticist Giles Walker to place "modern-day guts" inside a 1920s-style robot exterior.

If the crowdfunding campaign can successfully raise more than $50,000, Eric will join the Science Museum's robot exhibition, and the rebuilt robot will embark on an international tour, just as his predecessor did.

Despite the impressive technology that went into making each robot in the museum's new exhibit, Russell realized that these robots are not particularly useful machines. What could Eric do? "Not much; he doesn't even have a pelvis," Russell said.

Even the most advanced humanoid robots that are built today have more in common with celebrities and showmen than practical tools, Russell said. For example, the ASIMO robot, built by Honda, "incorporates astonishing technology," Russell said, but still does a live show each day for audiences. He suggested that these machines are as much about art as science.

This has become the central theme of the Science Museum's robot exhibit, which opens in February 2017. According to Russell, the exhibit asks, "What is our motivation? Why do we keep inventing ourselves as machines, when the human form is quite poor for this?"

The Kickstarter campaign to rebuild Eric will run through June 16. The project has already raised more than $31,000 of its $50,471 goal. Tickets for the robot exhibit are available online through the Science Museum's website.