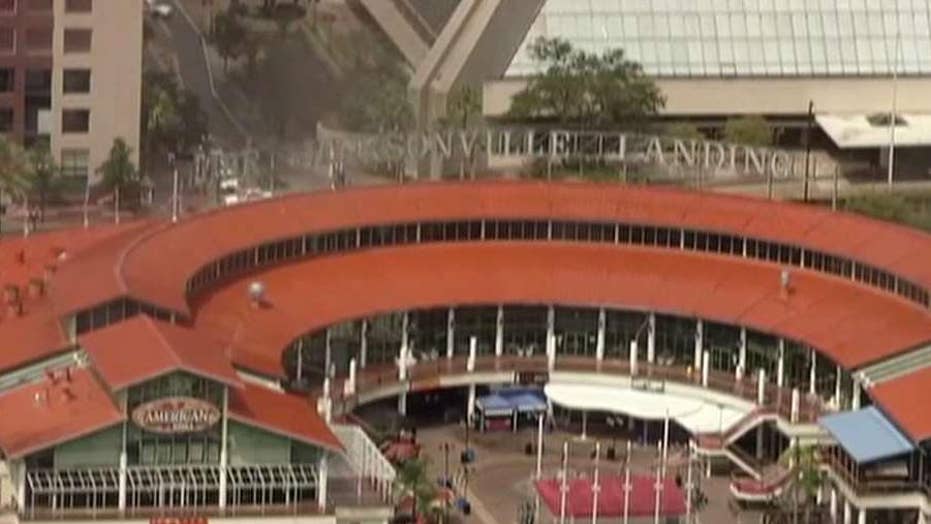 After the gunfire from a deadly shooting was heard at a tournament for the game “Madden NFL 19” in Jacksonville, Fla., on Sunday, the professional gaming community is speaking out.

The event was sanctioned by EA Sports, which plays home to many professional gaming events.

The company was among the first to issue a statement noting that it was aware of the ongoing situation.

“We are aware of an incident at a sanctioned Madden Championship Series competition in Jacksonville. We are working with authorities to gather facts at this stage,” it tweeted. “This is a horrible situation, and our deepest sympathies go out to all involved.”

“My heart goes out to the family, friends and people affected by the madden shooting today. Evil times we live in, just need to out shine that evil with positivity.”

Gamer Dr. DisRespect shared his regrets to the victims as well.

“Just heard about what happened at the Madden event. Unbelievable,” they wrote. “My heart goes out to all the people and families involved.”

YouTuber Josh Zerker tweeted, “Hearing about what happened at the Madden Tournament in Jacksonville. So so sad to hear. Thoughts and prayers out to the victims and their families.”

“My heart and all of my thoughts goes out to everyone at the Madden Tournament. Insane,” wrote pro gamer dakotaz. “Makes me sick.”

Although little is known about the security at the tournament in Jacksonville, some questioned whether the event could have been more secure.

“Heart goes out to anyone affected in Jacksonville. Can’t imagine what you’re going through,” wrote pro gamer Jaryd Lazar. “Security at events needs to be taken ultra serious. 90% of these events I attend have little to none. NONE. It’s unacceptable.”

Pro gamer Pokimane echoed those sentiments on her Twitter as well.

“I never know what to say in situations like these. Sending prayers, love & condolences to the victims' families, and I beg of event organizers from all industries to make sure there is always adequate security for everyone. It's just not worth the risk.”

She later noted that donations she collected for the day on the streaming site Twitch would go to helping the victims of today’s attack.