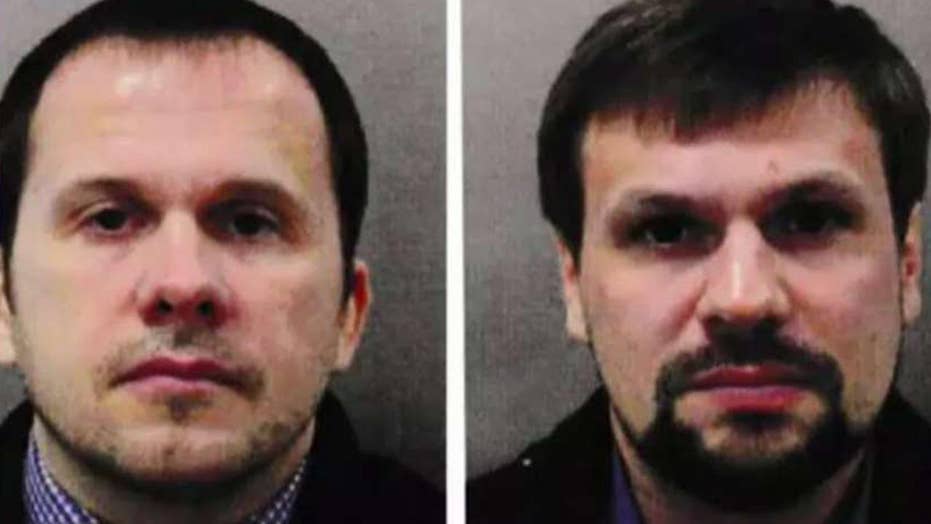 The so-called “super-recognizers” were involved in the massive police investigation into the poisoning, according to the New York Times. Sky News reported recently that two detectives from Scotland Yard’s super recognizers squad were spearheading the search for the suspects.

Alexander Petrov and Ruslan Boshirov were charged Wednesday with the nerve-agent poisoning of Skripal and his daughter in Salisbury in March 2018. Skripal was a double agent who betrayed Russia by spying for the West.

British prosecutors said the two men were being charged in absentia with conspiracy to murder, attempted murder and use of the nerve agent Novichok.

Noviochok causes involuntary contraction of all skeletal muscles, which then leads to respiratory and cardiac arrest.

Sky News reports that the super-recognizers were part of a team that trawled through 5,000 hours of surveillance camera footage, matching images of suspects filmed in Salisbury with images of airline passengers at U.K. airports before and after the poisoning.

The super-recognizer squad was set up in the wake of the 2011 riots in London, according to Sky News. As police worked through vast amounts of CCTV footage, it became clear that some officers had an genetically superior ability to recognize suspects in different locations.

The U.K.’s Metropolitan Police declined to comment on the super-recognizers’ reported involvement in the poisoning case when contacted by Fox News. “We're not discussing the work of super recognizers in connection with this case for operational reasons,” explained a police spokeswoman, via email.

The Guardian reports that super-recognizers have been deployed at concerts in the U.K., ensuring that known thieves do not gain entry. They have also monitored the Notting Hill Carnival in London, identifying people banned from the event, which is one of the world’s largest street festivals.