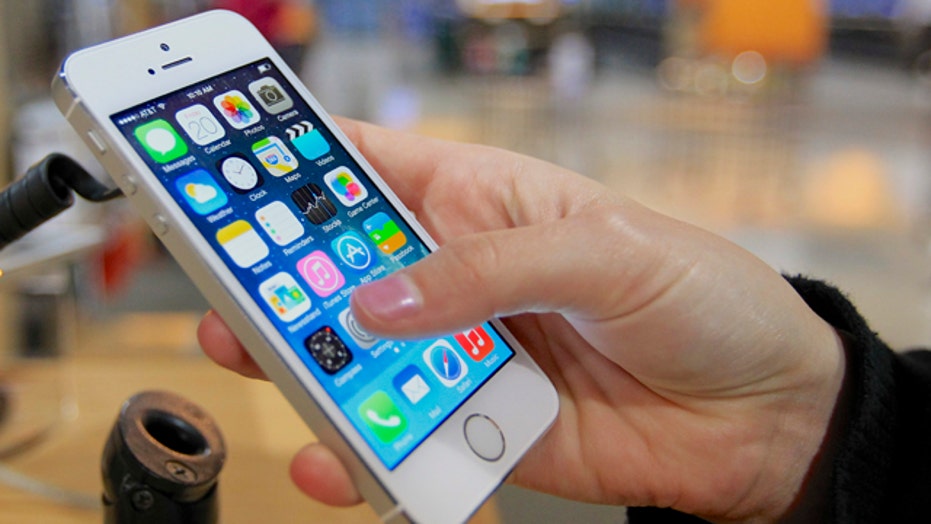 Queues outside Apple stores are part and parcel of a new iPhone launch, and while we’ve seen some dedicated campers outside shops before, this year it’s going to be absolute chaos.

It’s all thanks to Apple’s unfortunate decision not to put the iPhone 5S up for pre-order, forcing everyone to put up with the inevitable website crashes at a silly time of the day, or to head out at some obscene hour to their closest purveyor of fine smartphones.

If the thought of standing outside a shop for hours isn’t bad enough, it’s worsened by the usual talk of stock shortages, except this year it’s not just bluster. According to AllThingsD, the situation is really bad, with one U.S. carrier saying stock levels are, “Grotesquely low.”

Others said they were disappointed with how many phones Apple had allocated, suggesting the company is keeping more than usual back to sell through its own channels. More bad news came from BGR.com, where another source told the site its iPhone 5S supply is, “Severely constrained.”

A new iPhone selling out on launch day isn’t news, but this year Apple has caused more worry than usual by denying consumers the opportunity to secure a phone ahead of its official release day. Reports say there’s no problem with iPhone 5C stock levels, hence the chance to pre-order. In 2012, approximately 2 million iPhone 5 devices were pre-ordered in 24 hours. Without the chance to sit in front of their computers and order this year, there will be 2 million more people on the streets this Friday, searching for that elusive 64GB gold iPhone 5S. With you.

A billion extra people looking for an iPhone 5S
Citi Group analyst Glen Yeung says he expects Apple to sell 7.75 million iPhone models over the opening weekend, with the iPhone 5S being responsible for 3.2 million of them. Sans pre-orders, that’s not bad at all, but don't forget that China is also getting the iPhone 5S this weekend -- meaning what sounds like an already stretched inventory must satisfy the urges of more than a billion extra people.

Remember how many iPhone 5’s were sold over the opening weekend last year? Five million, and when China got it in December 2012, two million more were sold in two days. Apple really must be banking on the iPhone 5C taking up a lot of the slack.

If Apple is hoarding the majority of the iPhone 5S’s for itself, as seems likely, aside from pushing traffic into its own stores (think of all those lovely cases it can flog to new iPhone owners) why would it be doing it? One reason could be the iPhone 5S’s new fingerprint scanner. It’s the first time Apple has fundamentally altered the way the iPhone works, and perhaps it would prefer the feature was explained and demonstrated by a Genius, rather than a random Walmart employee. The pesky fingerprint scanner could also be the reason we’re all suffering, as along with the 64-bit processor, it’s the primary hardware difference between it and the iPhone 5.

Get busy lining up, or get busy … um, not lining up
Pretend Morgan Freeman said that. Back to those lines. When we first heard about the lack of pre-orders for the iPhone 5S, the cynics among us thought it was a cheap way of getting people off their backsides and into long lines outside stores. Now we’re pretty sure that’s not the case, and if there are as few iPhones available as we expect, the gathered rabble should prepare itself for disappointment.

If you’re not already in a queue outside a store, and you absolutely must have an iPhone 5S on launch day, then it’d probably be wise to get yourself down to a store tonight at the latest. Perhaps, if you’ve got money to burn, you’re planning to buy your way into a line. If you want to know the going rate, according to MacWorld UK, those at the head of the queue outside the Regent Street Apple Store in London will let you take their place for $1,600.

It’s madness now, and will surely only get worse. So, what’s the solution here? Obviously, boycotting the iPhone 5S isn’t going to happen, so how about instead we all learn the forgotten virtue of patience? Let’s have a practice run with iOS 7. Don’t download it straight away, wait 24 hours or more for Apple’s servers to recover, then enjoy a seamless, fast upgrade.

Apply this to the iPhone 5S, and let the dedicated few sit out in the rain and typhoons, and just get your order in online over the next few days. Apple’s repeated failure to keep up with demand mustn’t turn us into salivating maniacs, prepared to do almost anything to snatch a 5S this weekend. Relax, it’s only a phone.

I’m not telling you to wait on iOS 7 or to shun an Apple store this weekend just because it would make both tasks a whole lot easier for me, however. Honest.