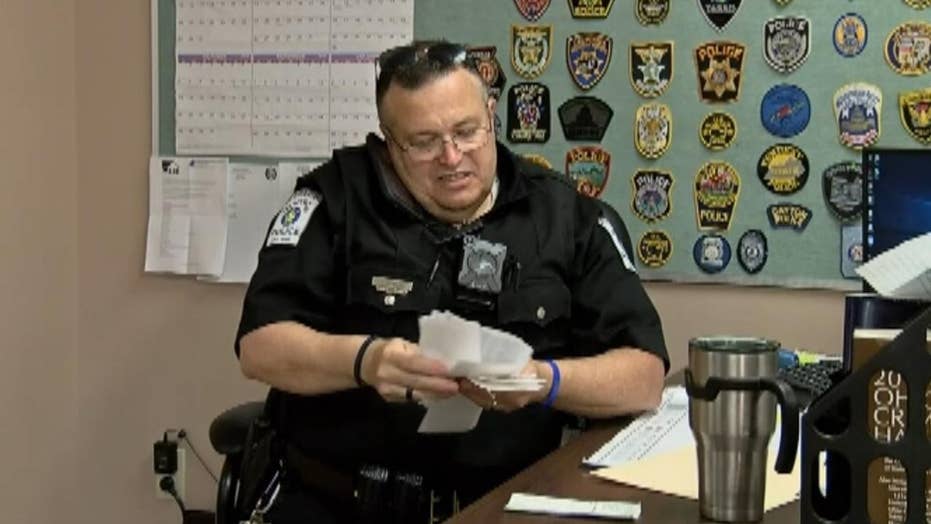 Ohio police officer receives call from scammer who has been targeting residents in his district.

A phone scammer made a grave error when he dialed Officer Jeff Bowling and attempted to access his personal information last week. At first, the caller had no clue he was on the line with a cop.

Officer Bowling with the Peebles Police Department in Adams County, Ohio, was actually working on the case when he got a call from a strange number that turned out to be a phone scammer. He quickly began to record the conversation, which lasted for 11 minutes.

A man on the other line claimed he was from Publisher's Clearing House and wanted to inform the "lucky" resident that he won $950,000 and a brand new Mercedes Benz — all he had to do to collect his prize was provide some personal information.

"Oh, that's the one with Ed McMahon," Bowling asked, noting that the game show host has been dead for nearly a decade now.

"You've stated that you have a drivers license or state ID right?" the scammer can be overheard asking in a video taken by WXIX.

"Oh I got one," Bowling replied.

"OK, which one of those two identification papers do you have there?" the scammer asked.

"Umm — actually right now I've got my police ID, is that the one you'd like to see?" the officer said.

But that line didn't stop the bold scammer. He continued prodding the cop for more information.

"OK, you're at the police office?" the scammer inquired.

"OK ... how long it going to take you to be going home?" the scammer then asked.

"Oh, I'm not going to be home. I'm going to be all day here working on this case where you're taking advantage of everybody else," Bowling fired back.

"OK, have a great day Mr. Jeff," the scammer said before quickly hanging up the phone.

The police department warned the public about the scam, which has been circulating the area in the past few weeks.

"If you receive a call from the Publisher's Clearing House, the number would be 876-409-1671, telling you that you have won a sum of money ... do not send any money. This is a scam," the Peebles Police Department wrote in a Facebook post on Thursday.

According to authorities, these "low life" thieves already scammed an elderly resident out of $1,000.

Anyone who receives a call from the above number is asked to notify the Adams County Sheriff's Department, Peebles Police Department or your local police department.