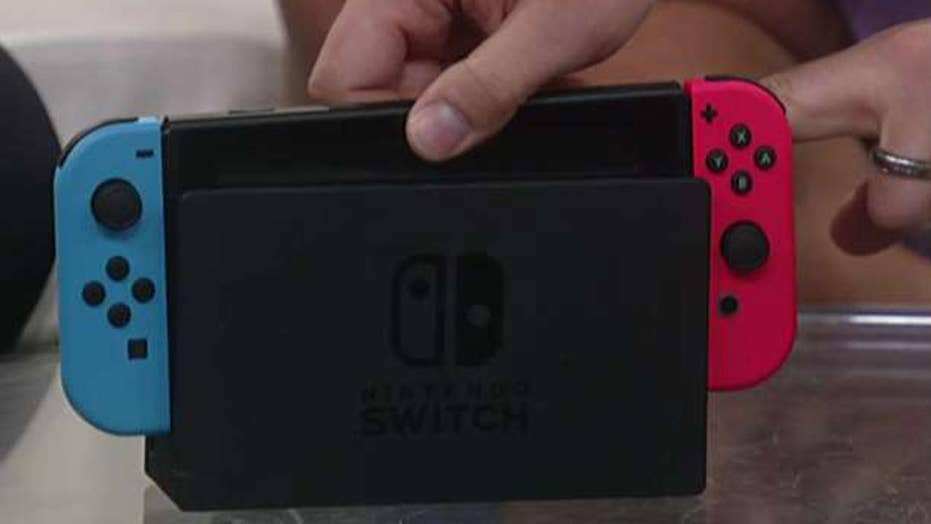 Nintendo announced its hybrid console, the Switch, has already sold 10 million units around the globe.

“As you can see in people’s living rooms, on a plane or riding the subway, fans all over the world can enjoy playing Nintendo Switch wherever they go,” said Nintendo of America President and COO Reggie Fils-Aime in a press release. “The response from fans has been great, and we’re doing our very best to satisfy demand during the holiday shopping season.”

The Switch, which costs $299.99, has been available since March 2017 and is on track to surpass the number of units the Wii U sold in its entire lifetime. For comparison, the Wii, Nintendo's last mega-hit console, sold over 100 million units, according to data compiled by Variety.

Sales of the hybrid-console, which lets gamers play on their television or on the road, have been brisk this holiday season.

Research firm Adobe Digital Insights said it was the best-selling product in the U.S. this past Thanksgiving, Black Friday and Cyber Monday. On Cyber Monday, it surpassed cheaper devices like Google's Chromecast, Amazon's Echo or items from Roku.

Nintendo has enjoyed a renaissance of sorts in 2017, due in large part to the Switch. Games that have been released for the platform, such as "Super Mario Odyssey" and "The Legend of Zelda: Breath of the Wild," have won awards this year and are some of the best-reviewed games of all time.

At the Game Awards in Los Angeles last week, "Super Mario Odyssey" won the award for Best Family Game, while "The Legend of Zelda: Breath of the Wild" won Game of the Year, Best Action/Adventure Game and Best Game Direction.

Nintendo has also enjoyed success capitalizing on nostalgia, due to the release of its NES Classic and SNES Classic mini consoles, which lets gamers play hit 1980s and 1990s games released by Nintendo.