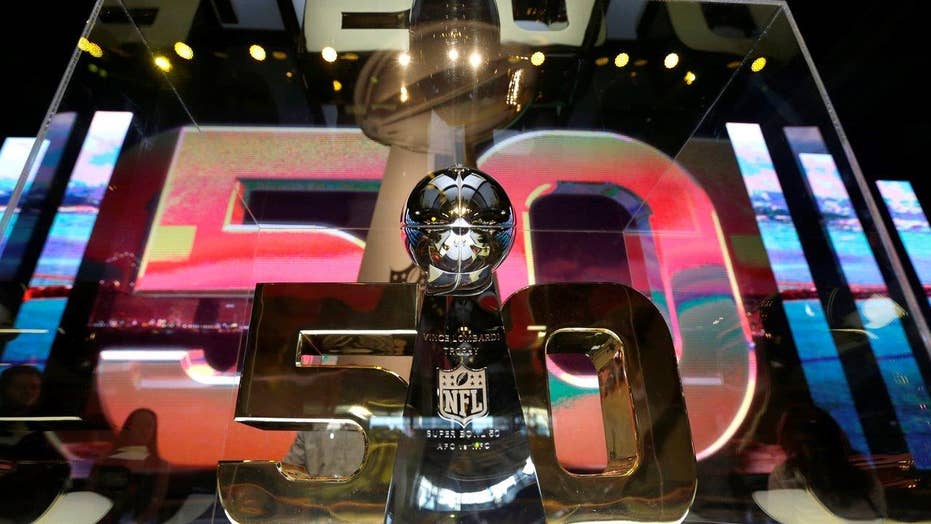 The NFL is feeding fans’ appetites with a trio of new and updated mobile apps in an effort to strengthen its connection with football fans everywhere for this weekend’s historic Super Bowl.

Since the game is being played in Silicon Valley it’s only fitting that the NFL is intent on making it the most technologically advanced edition of the league’s championship game. After all it is the 50th Super Bowl, so this “golden” game is a golden opportunity for fan experience enhancements.

The NFL is not taking anything for granted, however, and is fully aware that tech-savvy football followers are looking for more than just slick-looking software.

Related: The FAA says it will shoot down your drone if you fly within 36 miles of the Super Bowl

“People have high expectations, it’s tough to meet those expectations sometimes, especially because we’re at the center of the tech universe at the moment,” Jazz Singh, the NFL’s senior product manager for native applications on mobile and for the connected TV space, told FoxNews.com. But he’s confident that the triumvirate, available on Apple, Android, and Windows devices, will score with users.

“In years past, we focused on entertainment, but now we’re bringing more function to fans.

These apps serve disparate audiences, with a common denominator—the biggest sporting event in North America. The software applications reach out to fans in the San Francisco Bay Area ahead of Sunday’s kickoff in Santa Clara, the 75,000 people attending Super Bowl 50 in Levi’s Stadium, as well as those folks watching/following the gridiron game around the world.

The NFL has already released the Super Bowl 50 Stadium App, using a platform built by VenueNext. The tech company was started by owners of the San Francisco 49ers and operates the Levi’s Stadium fan experience app for the team’s home games.

The mobile app lets attendees order drinks for in-seat delivery, or express pickup food and merchandise and helps than find their way around the stadium.  The app also offers a new Celebrity Cam feature, and, crucially for fans, instant replay.

“You can almost see it instantly if there’s a questionable call and you can get four different camera angles as well,” said Singh.

The NFL has also released The Road to 50 app, which uses geolocation to alert users to events nearby if they are in the Bay Area. “It’s a great chance for our fans to fully immerse themselves in Super Bowl week,” said Singh, adding, “There are various check-ins you can do, unlocking a video on demand about the Super Bowl and about Super Bowl history. There are some interesting gamification features that some of our fans will like, and the carrot we’re dangling is tickets to the Super Bowl.”

Meanwhile, Singh said the NFL Mobile app is focusing on the global fanbase, a key cog in the league’s plans to expand its brand, featuring Super Bowl commercials after they air on TV, as well as stories and videos on the Carolina Panthers and Denver Broncos and their respective roads to the Super Bowl.

As for the future, Singh explained that app enhancements are coming, but not additional apps: “If anything, we may lower the number (of apps) and increase the functionality,” he said. “The idea is to build immersive and exciting features for our fanbase on the platforms we currently have. You’ll see cool new features we’re thinking about for the draft. We’re aggressively planning for draft and already looking to next season.”