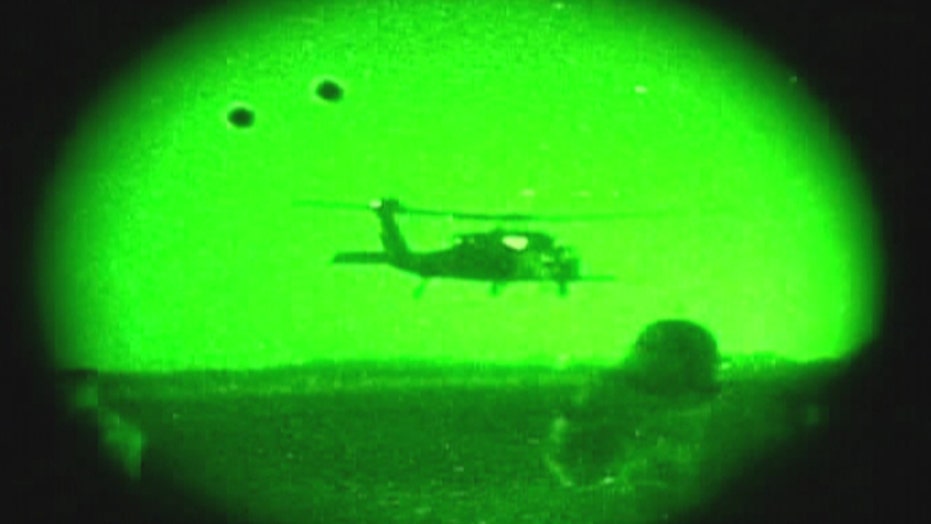 War Games: Taking Blackhawks to the next level

MFRF is more than a landing aid for these sorts of challenging environments. It will enhance takeoff, hover, taxi, en route travel and landing. MFRF will also improve navigation and survivability.

The MFRF onboard sensor system can help pilots cope with ‘brownout’ and ‘whiteout’ conditions, while also preventing collisions with other aircraft, cables, and power lines.

The MFRF system relies on Active Electronically Steered Array (AESA) technology, which is built from silicon semiconductors, and is considered a breakthrough in radar.

A key element of MFRF is its Synthetic Vision Avionics Backbone (SVAB) technology, which fuses millimeter-wave radar with terrain databases to create 2-D and 3-D imagery.  SVAB, which recently completed successful flight tests on a UH-60L Black Hawk combat helicopter, can provide pilots with a 3-D operational view based on terrain, obstacle and radar data.

Ultimately, the MFRF will give pilots a sort of “synthetic vision.” This synthetic vision merges sensor data with high-resolution terrain databases to give U.S. military pilots unparalleled vision in the toughest of conditions.

Flexibility is a key part of the MFRF program. The technology, for example, can quickly shift operating frequencies to best fit each mission.

Since MFRF is also “plug and play,” it could easily replace sensors on current aircraft or be incorporated into future aircraft like the Joint MultiRole helicopter program. It could even, potentially, be used on drones.

The lightweight nature of the technology is another key benefit. Current sensor systems that focus on improving vision in extremely degraded visibility have been too heavy, too large and too power draining to suit military helicopters. However, MFRF’s design overcomes these three challenges.

Crucially, the sensor packages will be small, light and easy to install on both current and future helicopters.

Enhancements are planned for the technology around targeting and weapons guidance, as well as high bandwidth data communications.