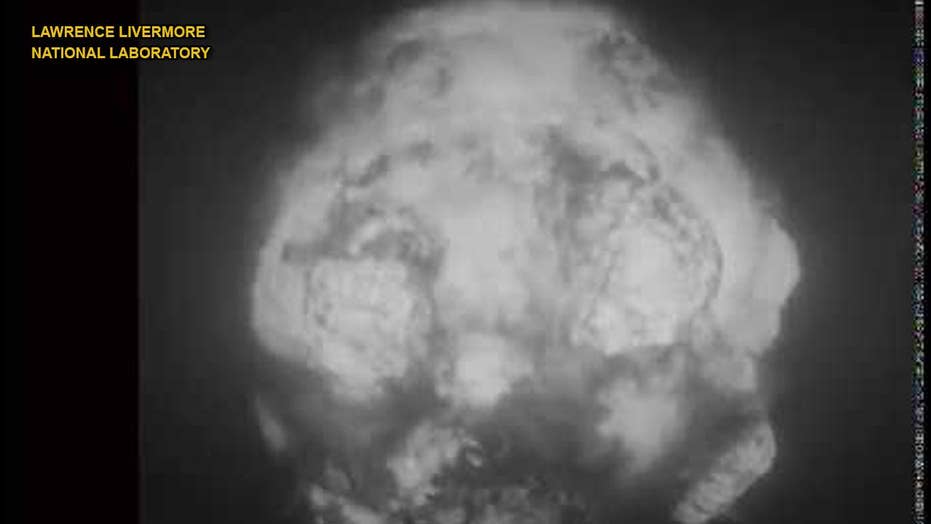 At the height of the Cold War, the U.S. was testing nuclear weapons in case it needed to use them. Now, videos of the remarkable footage have been released, with more than 250 videos detailing just how extensive the testing was.

At the height of the Cold War, the U.S. was testing nuclear weapons in case it needed to use them. Now, remarkable footage has been released, with more than 250 videos detailing just how extensive the testing was.

The Lawrence Livermore National Laboratory (LLNL) in California has posted the videos to its YouTube channel, all of which are now declassified, and they show countless explosions that took place on testing grounds in the U.S., from 1945 to 1962.

LLNL's weapon physicist Greg Spriggs said it was imperative the team restored the footage, a process which took five years.

"We know that these films are on the brink of decomposing to the point where they become useless," Spriggs said, according to the Daily Mail.

Spriggs added that it took several years to track down the footage. Only after the footage was found, did the LLNL researchers realize that most of the data about the tests was wrong. With less sophisticated technology at their disposal than their modern counterparts, scientists reportedly struggled to estimate the explosions' size and power.

In total, there were 210 nuclear weapons tests that took place during the 17-year period, the laboratory noted. The lab added that nearly 10,000 of the films "sat idle, scattered across the country in high-security vaults."

"The goals are to preserve the films’ content before it’s lost forever, and provide better data to the post-testing-era scientists who use computer codes to help certify that the aging U.S. nuclear deterrent remains safe, secure and effective," LLNL said on its YouTube page.

"By looking at these films we found a lot of different pieces of information had not been analyzed back in the 1950s, and we're discovering new things about these detonations that have never been seen before," Spriggs said. "We decided to try and reanalyze the films and come up with better data to better understand nuclear weapon effects."

There is still footage from blasts that occurred during the period that is classified, but only because the yield size has never been released to the public. Included in the footage is Operation Plumbbob, a series of tests that occurred between May 28 and Oct. 7, 1957 at the Nevada test site. Operation Plumbbob is widely considered to be the most controversial test series among experts.

The majority of the tests took place in the Pacific Ocean or in Nevada, the lab noted, but there is still significantly more footage to be analyzed, with Spriggs stating that only 6,500 films have been found and only 4,200 scanned.

"Of that number we've probably analyzed about 400 or 500 of these films," Spriggs said, according to the Mail.