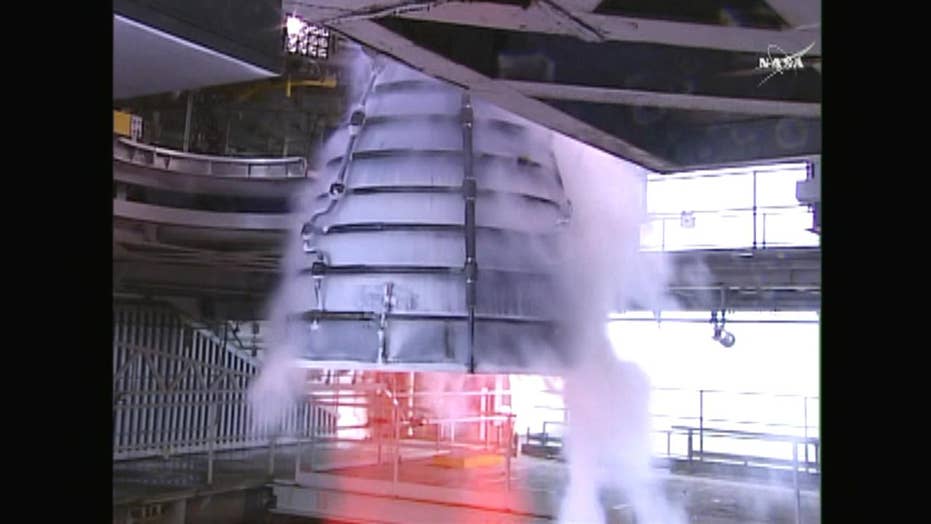 NASA engineers tested the RS-25 rocket engine, which will play a crucial role in eventual missions to Mars, on Tuesday.

The test at NASA’s Stennis Space Center in Mississippi is the latest in a series of RS-25 firings.

The first unmanned flight of the heavy-lift SLS - a trip around the moon - was scheduled for 2018, but was recently pushed back to 2019, Space.com reports. A crewed mission was expected to take place in 2021, but it has also been pushed back. NASA said there will be a minimum of 33 months between the unmanned and crewed missions.

NASA plans to harness SLS to achieve its long-term goal of sending a manned mission to Mars by 2035.

Former Space Shuttle main engines, the RS-25s are modified to meet the demands of SLS with a new controller. “The controller is the key modification to the engines,” explained NASA, in a statement. “The component is often cited as the RS-25 ‘brain’ that allows communication between the engine and the rocket.”

ARE MARS' TROJAN ASTEROIDS PIECES OF THE RED PLANET?

Aerojet Rocketdyne is the RS-25 primary contractor, with Honeywell serving as subcontractor.