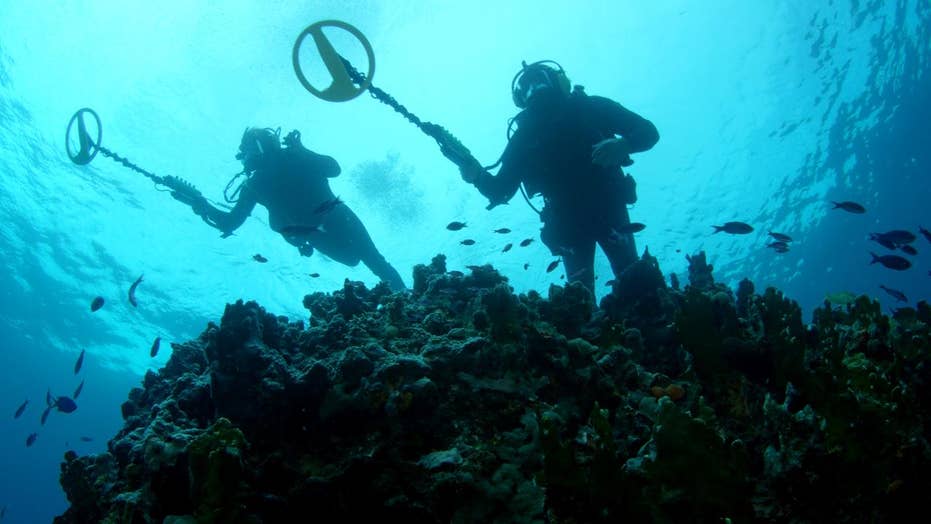 Historic astronaut Gordon Cooper made an incredible discovery during his time in space, anomalies he believed were shipwrecks. Before he passed away, he created a treasure map from space. Fox’s Laura Ingle sits down with his longtime friend, who says he gave him his maps to fulfill his explorations

Astronaut Gordon Cooper was a born explorer. He broke countless NASA space flight records, like the longest single-man space flight, a 122-hour mission. But one of his greatest achievements may not have been unveiled if it wasn’t for his willingness to share a secret he had kept for more than 40 years.

During his time in space, Cooper made an incredible discovery — anomalies he believed were shipwrecks. He meticulously noted them and created what some are calling a treasure map from space.

When Cooper fell sick with Parkinson’s, his longtime friend Darrell Miklos says he gave him his maps to fulfill his explorations. Cooper passed away in 2004.

“I think he knew his demise was coming, so he gave me the information prior to his death and said, ‘Anything ever happens to me, you make sure you finish this,’” Miklos told Fox News.

Miklos became close with Cooper after years of sharing an office space in California, when they bonded over a shared passion for exploration.

“From the mid-’90s till his passing, we always talked about treasure, but [it was] not till 2002 that he revealed to me that he had all these files for decades,” Miklos said. “I’m privileged to be the only man with these files.”

The maps were created while Cooper was navigating the globe on his Mercury 9 Faith 7 flight. At the time, he was possibly on a mission to look for nuclear threats during the Cold War era, Miklos said.

“They were utilizing some kind of long-range detection equipment to look for nuclear threats. With that, his acute vision [and] possible cameras, he started identifying things that looked like shipwreck material,” Miklos said. “Once he had written all the coordinates down, he went back to earth and put together this incredible treasure map from space on a sea chart.”

With a detailed map and archival research files, Miklos and a crew of professionals explored parts of the Caribbean searching for the wrecks. The team used a magnetometer to identify shipwreck areas and then dived down for a closer inspection using a metal detector.

“We cherry-picked five anomaly readings, did a search and identify mission, and we are five for five for positively identified shipwrecked material — and there are hundreds,” Miklos said. “So the first five, he was exactly right on the money. He had it right from the beginning.”

Miklos described the sites as “historical shipwrecks of the colonial period.”

"Cooper’s Treasure" airs on the Discovery Channel on Tuesdays at 10 p.m. ET.