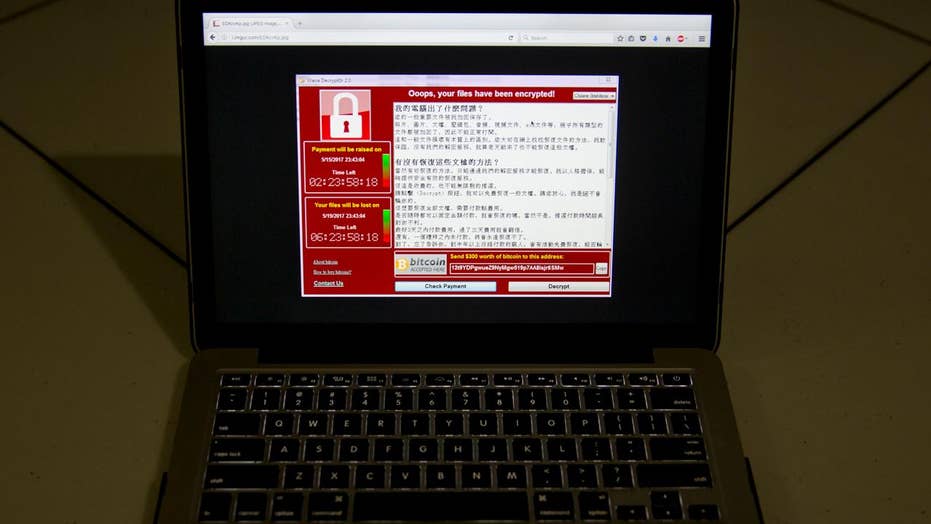 Global hack attack may be far from over

Cheryl Casone on how to protect yourself

An unprecedented global “ransomware” attack that hit at least 100,000 organizations in 150 countries spread to thousands more computers Monday as people returned to work and logged in for the first time since the massive online assault began.

The attack that began Friday is believed to be the biggest online extortion attack ever recorded, spreading chaos by locking computers that run Britain’s hospital network, Germany’s national railway and scores of other companies, factories and government agencies worldwide.

A BBC analysis determined about $38,000 had already been paid to those behind the attacks, however, that figure could climb exponentially as users log on Monday and those already infected give in to rising demands.

Steven Wilson, Head of Europol’s European Cybercrime Centre, told Sky News that it was now important that IT departments checked their systems on Monday morning to ensure they had not been compromised.

Wilson spoke as hospitals in the United Kingdom were beginning to get back to normal, although some were still experiencing problems after the global attack which hit 48 National Health Service trusts in England and 13 Scottish health boards, according to Sky News.

Senior security staff held another meeting in the White House Situation Room on Saturday, and the FBI and National Security Agency were trying to identify the perpetrators of the massive cyber attack, said the official, who spoke on condition on anonymity to the news agency to discuss internal deliberations.

Jan Op Gen Oorth, spokesman for Europol, said the number of individuals who have fallen victim to the cyberextortion attack could be much higher.

Wainwright said the attack was indiscriminate, fast-spreading and unique, because the ransomware was being used in combination with a worm, which means the infection of one computer automatically could spread it through a whole network.

The effects were felt across the globe, with Russia's Interior Ministry and companies including Spain's Telefonica, FedEx Corp. in the U.S. and French carmaker Renault all reporting disruptions.

Nonetheless, the experts say such widespread attacks are
tough to pull off.