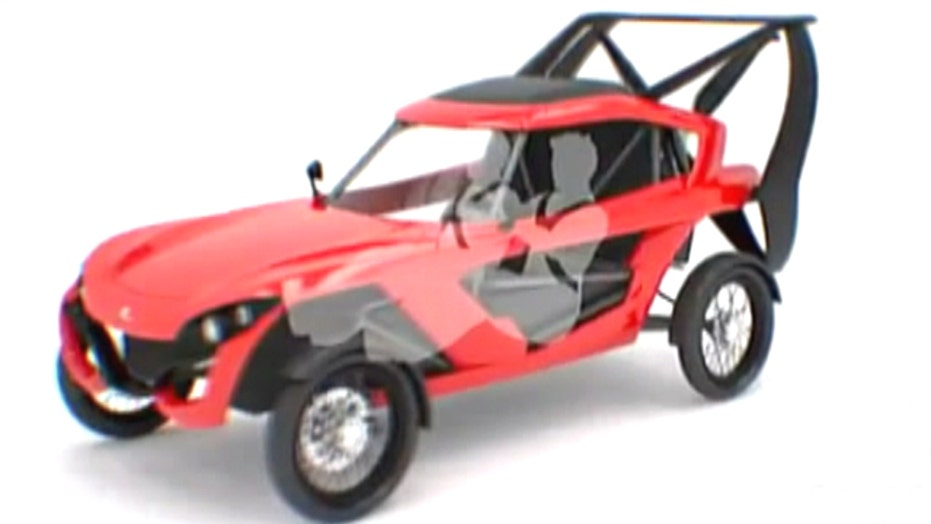 Does an all-terrain vehicle that flies sound like fun? For France’s special operations forces, it’s a new way to get to work.

Pegasus, Vaylon’s flying dune buggy, has been undergoing trials with the country’s military at an undisclosed site in France since December of last year. The prototype combines all-terrain buggy and what’s described as a “micro-light” aircraft. It is designed to take off and fly in powered flight or paraglide.

Like all special operations forces, France’s had a requirement for an all-terrain vehicle.

In response, the French Direction Générale de l’Armement (DGA) in December 2012 funded the Pegasus prototype’s development to the tune of more than $80,000 for the French Special Operations Forces.

Pegasus is intended to deploy on a range of missions from hostage rescue and recon through to equipment transport and difficult to reach targets that require air drop. Last month in Paris, the French military revealed video of their special forces flying the combination hang glider-dune buggy.

The prototype also appeared at the Direction Générale de l’Armement procurement office and the VIP stand at the biennial Eurosatory event.

So what can it do?

Pegasus, a hybrid combining a dune buggy with and an ultralight aircraft, can fly to more than 10,000 feet.

It has STOL (Short Take Off and Landing) meaning it requires less than 330 feet to take off and can land in under 33 feet – even on poorly prepared fields.

Two people can travel in the vehicle and can stay in the air up to three hours.

In the air, it can travel at speeds between 35 to 50 miles per hour.

On the road it can reach up to about 65 mph and can manage both dry and wet obstacles. It’s  designed to provide access to tough spots - overcoming rivers, dunes, cliffs, damaged roads and more.

The vehicle’s silent propellers ensure a stealthy approach. It can carry up to approximately 550 pounds.

Pegasus may ultimately also be armed with weapons, ranging from machine guns to light multi-role missiles. The company plans on letting the French Special Forces direct them in what would best meet their requirements.

The prototype uses petrol for fuel, but later evolutions will most likely use the more readily available downrange diesel fuel. The passenger seat would be removable to provide space for combat kit like weapons and equipment.

How would it be used?

Compact and light, Pegasus would be air-transportable and droppable. This is a key advantage because it can make rapid access to hard-to-reach places a whole lot easier.

In addition to rapid deployment, it has also been designed to provide a speedy yet quiet approach to support fast intervention on the ground.

Beyond combat applications, the vehicle could also be used for civil security as well as non-governmental organizations’ responses to natural disasters and humanitarian crises. It could even be used for tourism.

Last year, the U.S. company SkyRunner unveiled its flying dune buggy aimed at the civilian market.  It flies at a maximum speed of about 55 mph, but on the ground it can go 0 to 60 in 4.3 seconds and reach a maximum of speed of 115 mph. The SkyRunner uses a Ford 125 horsepower 1 liter turbocharged three-cylinder engine that runs on gasoline.

On the U.S. military side, Polaris Defense makes several very popular models for special operations – ones that don’t fly. The MRZR 2 and MRZR 4, for example, are very robust, agile, all terrain, ultra-light tactical vehicles that reach up to about 60 mph and can carry a payload of up to 1,000 and 1,500 pounds respectively.

The Pegasus prototype is expected to undergo an additional six months of testing by the French military. The company plans to continue to refine Pegasus in response to the military’s feedback.

To arrive in a showroom in Anytown, USA, Pegasus would need to meet regulatory standards including flight safety and crash regulations. Would-be owners will also need to acquire an ultralight pilot’s license and the requisite additional flight training.

Interested civilians would be looking at a possible price tag of about $130,000 for a single Pegasus.