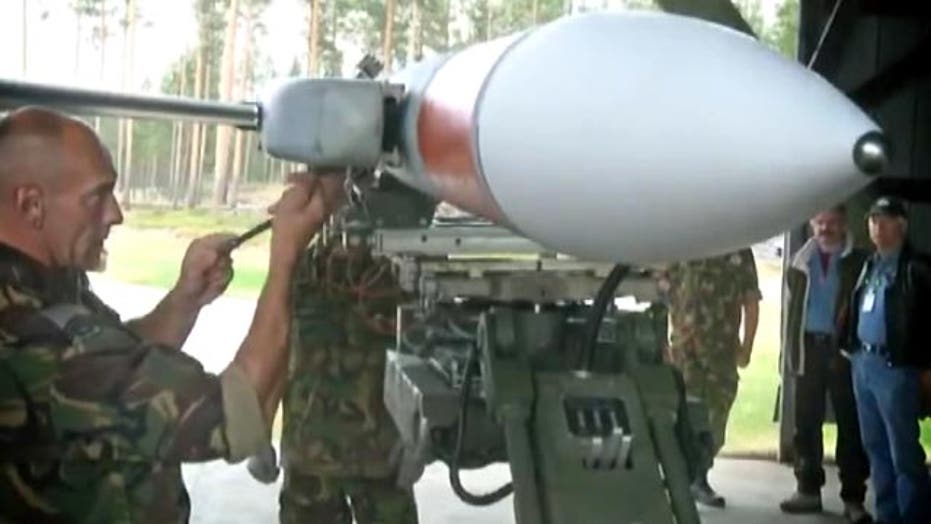 Near the Arctic Circle, Thor’s Hammer has been quietly going about business destroying drones.

Named after the hammer-wielding god from Norse mythology, the month-long Thor's Hammer exercises were a series of missile firing tests in Sweden.

Sweden, Norway, Switzerland and Turkey took part in the fall exercises using the latest upgraded Raytheon AIM 120-C7 missiles, which were fired from both the air and the ground.

In Raytheon’s words, the exercise was “mythology meets modern might.”

The AIM-120C7 was originally developed for the U.S. military and has been in production since the mid-2000s. It is now sold to more than 30 foreign military allies.

The Thor’s Hammer exercises have included AIM-120C7 missiles since the 1990s. This year the latest variant of the missile was tested.

How do the missiles work?

The AIM-120 Advanced Medium Range Air-to-Air Missile (AMRAAM) has an active radar with an inertial reference unit and a datalink microcomputer system. Air-to-Air Missiles are launched in the air at a target that it is airborne.

This type of missile is excellent for engaging enemy targets that are beyond the visual range of the aircraft.

In a typical Beyond Visual Recognition (BVR) engagement, the missile is launched from a range of about 20 nautical miles and is then guided by its own inertial navigation system.

This type of missile is called a “fire and forget” because, once it is fired, the missile can guide itself to its target. It receives command-guidance updates from the launch aircraft via the datalink system. The missile’s own monopulse radar then detects the target and can guide the weapon to impact.

AMRAAM's seeker and guidance section is considered by many to be the most advanced of any air-to-air missiles today. The missile can be used in all weather, supporting air dominance.

More than 30 countries are using AMRAAM and it has been integrated into a range of aircraft, from the F-15, F-16, F/A-18 and F-22 through to the Typhoon, Gripen, Tornado and Harrier. The popular missile can also be used by the F-4 and the Joint Strike Fighter aircraft.

At the international exercise, military leaders from Norway, Finland, Switzerland and Turkey worked together at the Vidsel firing range in Sweden. They tested 5 of the Raytheon AMRAAMs.

In partnership with Norwegian defense giant Kongsberg, Raytheon has delivered more than 70 of the ground firing units to several countries.

In the U.S., it is operationally deployed in the Washington DC region. Norway has been using it for more than a decade. Countries like Finland, Spain and the Netherlands also use it.

All five missiles, fired from the air and the ground, successfully intercepted their targets.

So what were they shooting at? One was fired at an MQM-107 target drone. The rest were fired at Firejet target drones.

These tests used the very latest variant of the AIM-120C7. Its most recent enhancements include an upgraded missile processor card with more advanced language programming.  The processor card is important because it instructs the missile’s advanced radar and some other components.

Testing helped to ensure that the missile’s computing instructions were translated correctly into the new processor’s language.