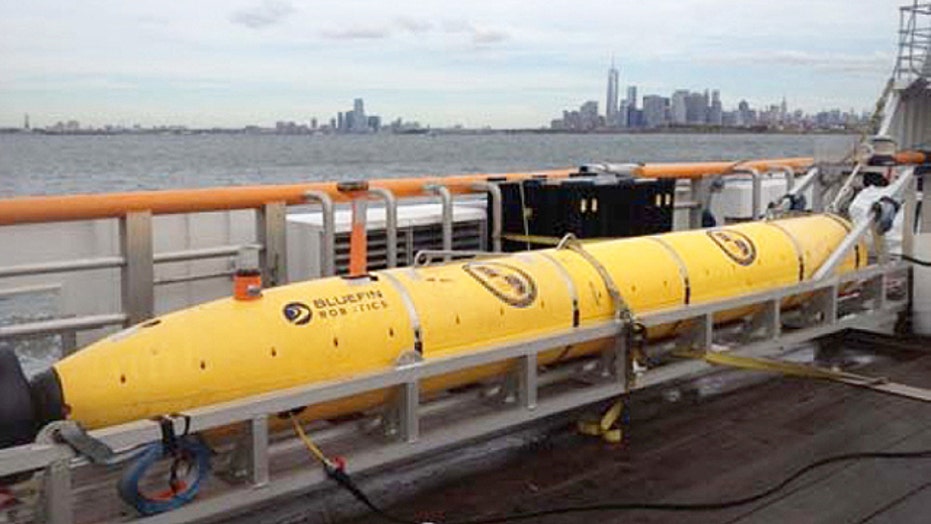 Reliant, a robot that operates underwater to protect Navy vessels and American waters from enemy mines, is also a record breaker.

Reliant is an AUV -- that’s an Autonomous Underwater Vehicle, meaning it can undertake missions fully on its own without a human directing it. Created by the U.S. Naval Research Laboratory’s Acoustics Division and Bluefin Robotics, Reliant recently set a record by successfully completing a 315-mile mission.

During this long-endurance challenge, Reliant operated on its own and used its heavyweight-class mine countermeasures. Adversaries mine waters, not just land. So when U.S. forces are operating in waters with potential minefields, they need a vessel to sense the threats and allow ships to stay at safe distances from the mines.

That craft is the Knifefish mine-hunter, and Reliant is an advanced prototype version of it.

How does it work?
The 20-foot long Reliant uses a modular design and is on the heavier side, weighing in at 1,350 pounds. When it is in the field, its subsystems can be quickly accessed so it can be rapidly maintained and turned around between missions.

For easy reconfiguration, the vehicle includes “swappable” payload sections and battery modules. To achieve that record-breaking 109-hour journey, Reliant was configured with a 40 kilowatt-hour energy section.

Reliant uses a fiber-optic gyro based inertial navigation system with GPS to navigate; it also has a Doppler velocity log for precise underwater navigation in long endurance missions.

Knifefish is a Bluefin Robotics Bluefin 21 vehicle that can carry multiple sensors and payloads and is souped up with a low frequency broadband sonar system. The Bluefin 21 is used for a range of non-military applications a well from search and salvage and oceanography through to archaeology and exploration.

Its high-energy capacity means it can run extended operations even at very great depths.

In addition to the special Knifefish features, plans for Reliant include equipping it with two-way Iridium satellite communications, specialized sensors, and empty sections for acoustic tech like a towed receiver array.

The mission
The AUV began its 109-hour, 315-mile mission in Boston Harbor before navigated itself to New York City, entirely by itself. En route, Reliant surfaced every 12.5 miles to report its position through an Iridium satellite.

In order to get the best endurance and range navigating through strong currents and busy waterways, it traveled at an average speed of 2.5 knots and  a depth of 10 meters. Reliant travelled south past Cape Cod and then headed west, between the mainland and Martha’s Vineyard, through Nantucket Sound.

Next steps
This is only the first of a series of upcoming missions for Reliant that will further test its ability to operate on its own over longer and longer missions.

As part of the Office of Naval Research Future Naval Capabilities program, the team will be further developing Knifefish and other AUV technologies to increase mine countermeasure operational range and improve autonomy.

These sorts of advances can also be usefully applied to shallow water Anti-Submarine Warfare.

It can be particularly difficult to identify bottom mines, the sort that rest on the sea floor and in-volume mines that are moored. Depending on the water depth, both can be dangerous for surface vessels and very difficult to detect in highly cluttered environments in a reliable way without false positives.

Technology advanced by programs like Reliant and Knifefish can help reduce risk by improving detection of threats in these sorts of challenging environments.