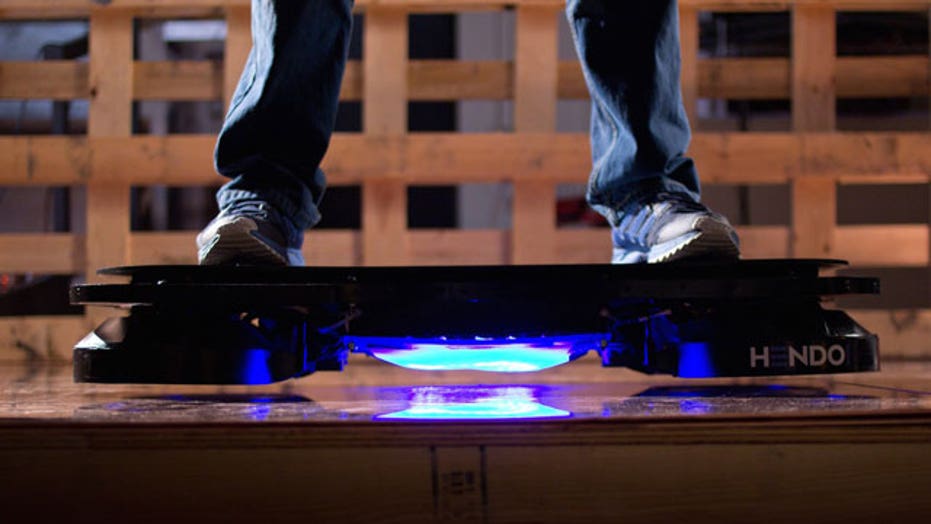 Ever since Marty McFly took to the air in the 1989 classic "Back to the Future II," humanity has been eagerly awaiting the arrival of a real, fully-functional hoverboard. Since then, tinkerers and scientists the world over have launched countless attempts at building such a device, and now, after more than 25 years of trying, technology has finally caught up with our far-fetched dreams. Thanks to a startup by the name of Hendo Hover, the hoverboard is finally a real thing that exists in the world that you and I inhabit.

How is such a thing possible? Well, according to the company’s Kickstater page, the magic behind the Hendo Hoverboard lies in its four disc-shaped hover engines. These are essentially giant downward-facing electromagnets that work together to create a powerful magnetic field which literally pushes against itself, thereby generating the lift which levitates the board above the ground.

The only catch is that, unlike Marty McFly’s board, Hendo’s levitation trick only works when the board is sitting atop a non-ferromagnetic conductor — in other words, a solid sheet of metal that doesn’t contain iron or steel. For this reason, you unfortunately won’t be able to ride it around town. Practically, a board like this would be about as useful as a pair of ice skates as a means of transportation, but in a special metal-floored rink (like the one Hendo shows in the video), this thing could definitely be a good bit of fun.

Because it doesn’t make any contact with the ground and uses electromagnetic fields to levitate, the board is completely frictionless. Therefore, a rider could glide across the rink without slowing down after a single push. Better yet, Hendo has also figured out a way to modulate the strength of the hover engines to create directional thrust, so with a more development, you could drive the board around without touching the ground at all.

Related: Volkswagen Hover Car: Is this the future of transportation?

Right now the hoverboard is just a prototype, but despite some rough edges, it’s a solid proof-of-concept. Hoverboards are definitely possible, and with some additional funding from the crowdfunding community on Kickstarter, Hendo hopes to bring them to the masses within the next year. The company is currently just a few thousand dollars shy of its $250K funding goal, and still has two months left in its campaign. If all goes well, Hendo hopes to ship the boards to backers as early as October 2015, which, oddly enough, is the date that Marty McFly traveled to in the second installment of the trilogy.